History of the AHS Graffiti Rock

The history of the graffiti-covered rock behind Anacortes High School begins with the question of how it got there, and how long it has been where it now is. Aerial and territorial photographs from the 1930s through the 1950s show it near the intersection of 20th Street and I Avenue, near an access road to the back of the high school. The rock may have been at that spot for thousands of years, or may have been moved during construction of Anacortes High School in 1931. 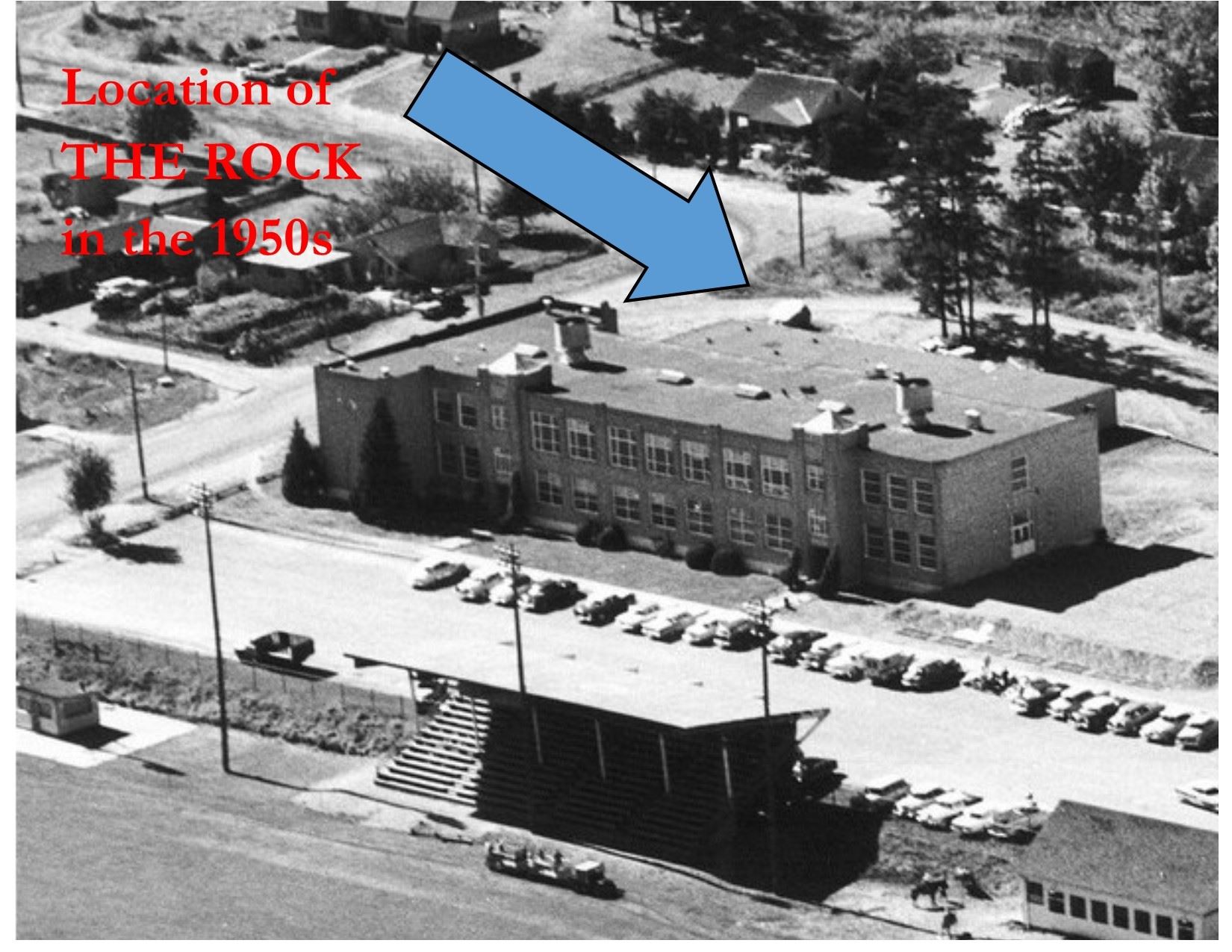 This rock is most likely a “glacial erratic” – one that was moved by a glacier to a new location when the ice melted. In The Geology of Fidalgo Island, Terry Slotemaker writes: “Around 15,000 years ago, the southern extension of the last of the great continental ice sheets covered Fidalgo Island with slowly-moving ice 4000 to 5000 feet thick.”

It was moved in 1974, several hundred feet northward to its current location, in order to make room for construction of the new high school buildings that were dedicated in 1977. Construction for the 2018 AHS building did not affect the location of the rock.

A more thorough study of yearbooks is necessary to determine if it was at its 20th & I location prior to the 1931 Anacortes High School construction. Another timeline issue is when students began to paint the rock. A 1958 Rhododendron photograph is the – thus far – the earliest image showing a paint covered rock. 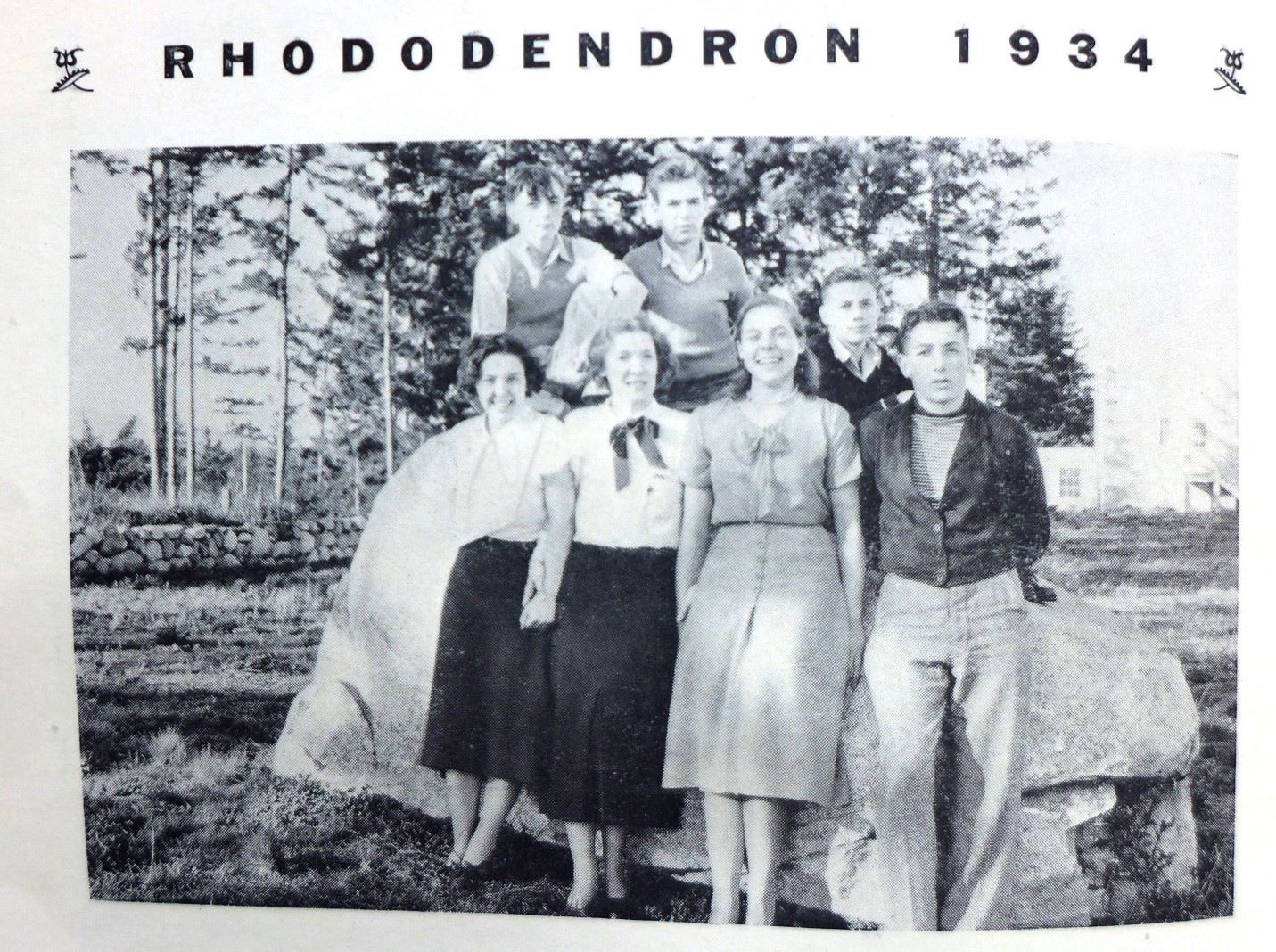 Students pose in front of an unpainted rock - 1934 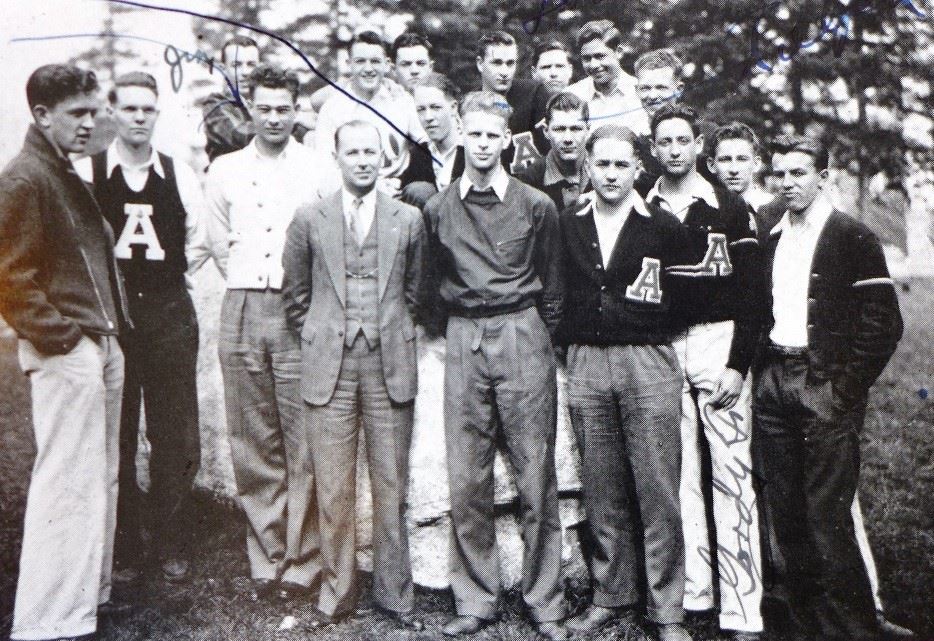 An AHS athletics team poses in front of the rock 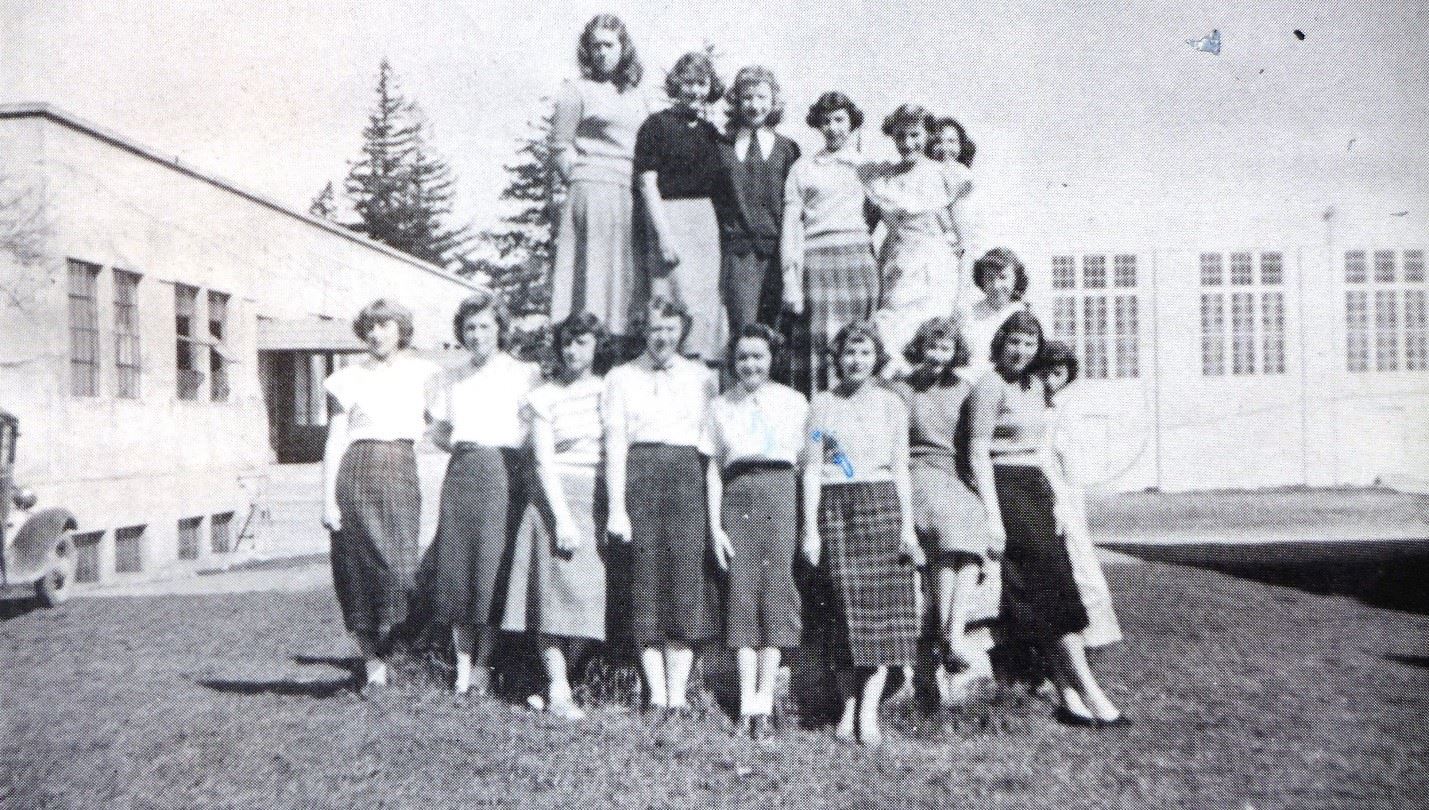 Girls Athletic Club, behind the high school near the Industrial Arts Building in 1949 Rhododendron. 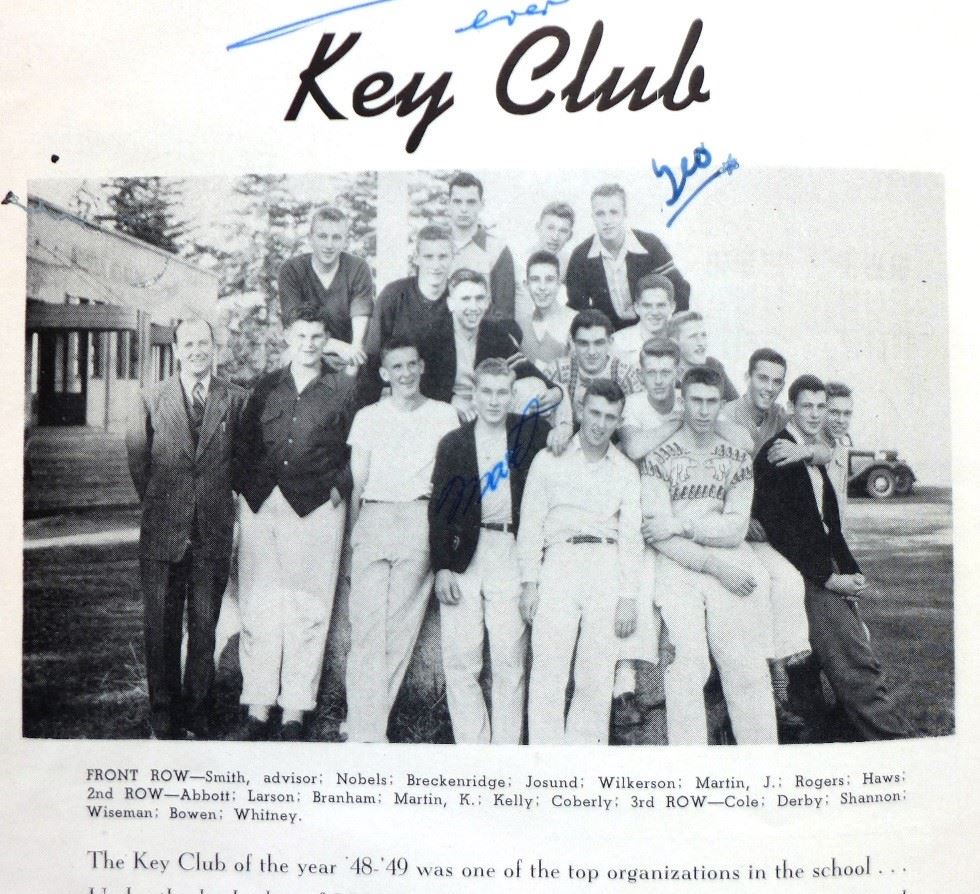 The long running AHS student news show shares it’s name with the iconic boulder. Starting in the year 2003, the show consists of student produced segments related to the the happenings around the high school and Anacortes itself. The show originally ran in class on VHS tapes. That format has since been replaced by weekly episodes streamed live on an official Youtube channel. Check the channel out here at: https://www.youtube.com/user/ahslive/featured 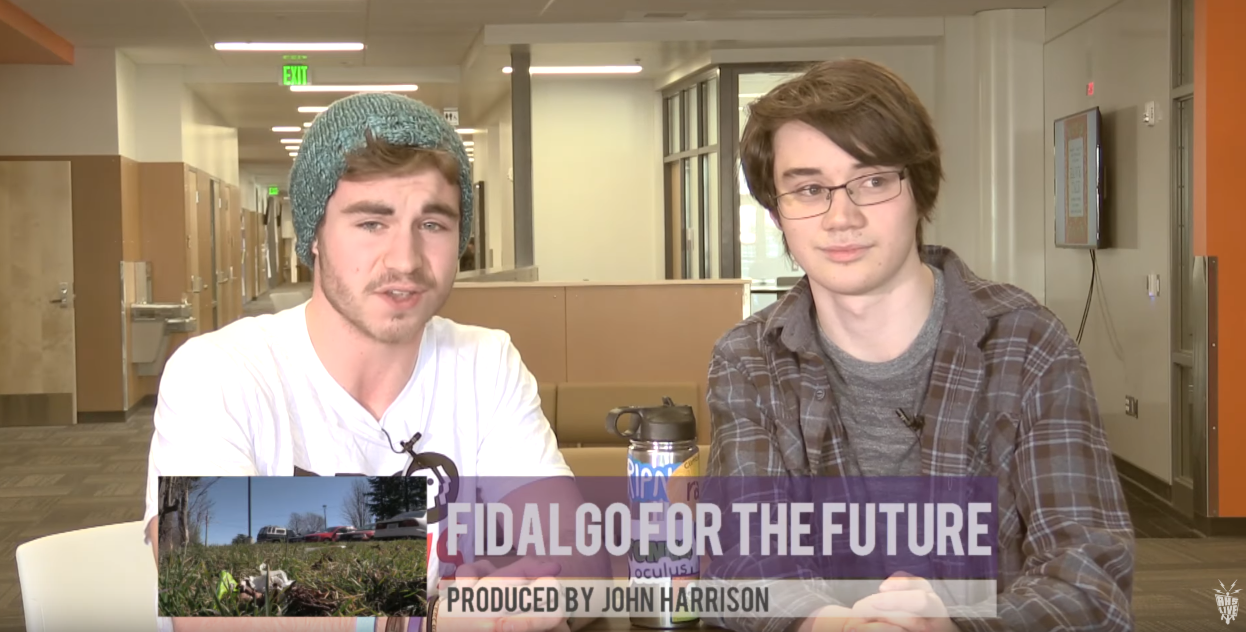 AHS student reporters hosting a live episode of The Rock - 2019