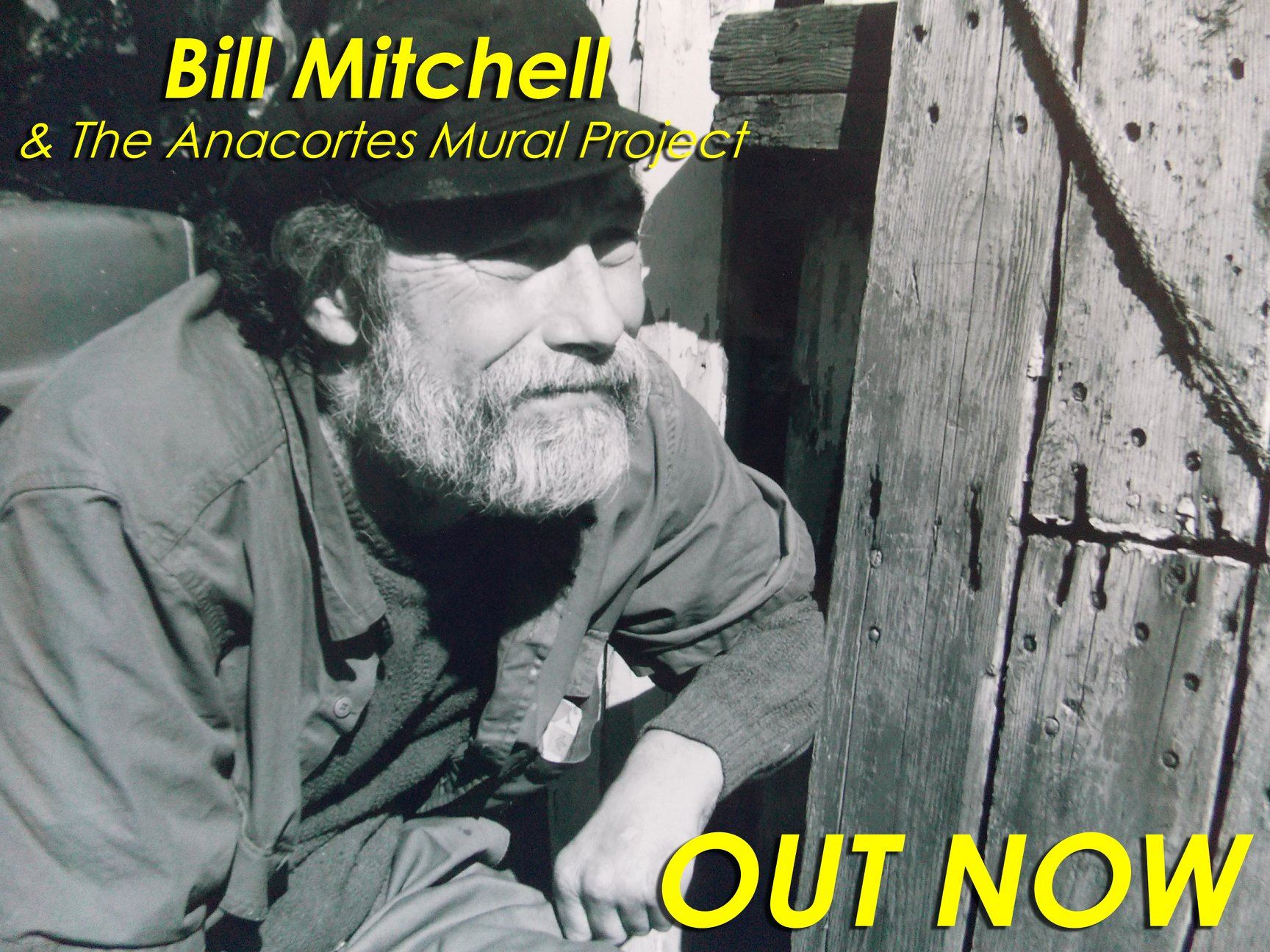 Despite an auto-accident in his youth that left him paralyzed from the waist down, Bill Mitchell  made it his life’s work to fill Anacortes, Washington with life-size murals of famous figures within the town. A true testament to perseverance, he refused to let his injury get in the way of his goals.

Filmmaker Corin Noronha spent time with Bill in late 2018 and early 2019; together they formed what is an intimate and joyful look at the artists’ legacy during the last stretch of his life. For the first time, get an inside look at the mural project through Bill’s own words. Learn about his inspirations, his struggles and his incredible 150+ mural project that has left an undying mark on our town. We hope you enjoy, "Bill Mitchell & the Anacortes Mural Project."

After watching, please check out our pages dedicated to Bill and the future of the mural project - now under Museum supervision!

Our Bill Mitchell Documentary is Now Out!

Bill Mitchell was Anacortes’ public artist and public historian. His leadership of the Anacortes Mural Project has created a lasting and authentic impact on our community’s residents and visitors. He installed the first mural on May 3, 1984, and eventually created over 150 painted plywood likenesses of Anacortes personalities.

When Bill died last spring, it caused many to realize that a plan for the future of his historic murals is necessary. Mr. Mitchell had identified the Anacortes Museum as the logical long-term steward of his mural work, which involves art, history, education, tourism promotion and community engagement. Bill’s family has generously offered to donate the murals to the city. 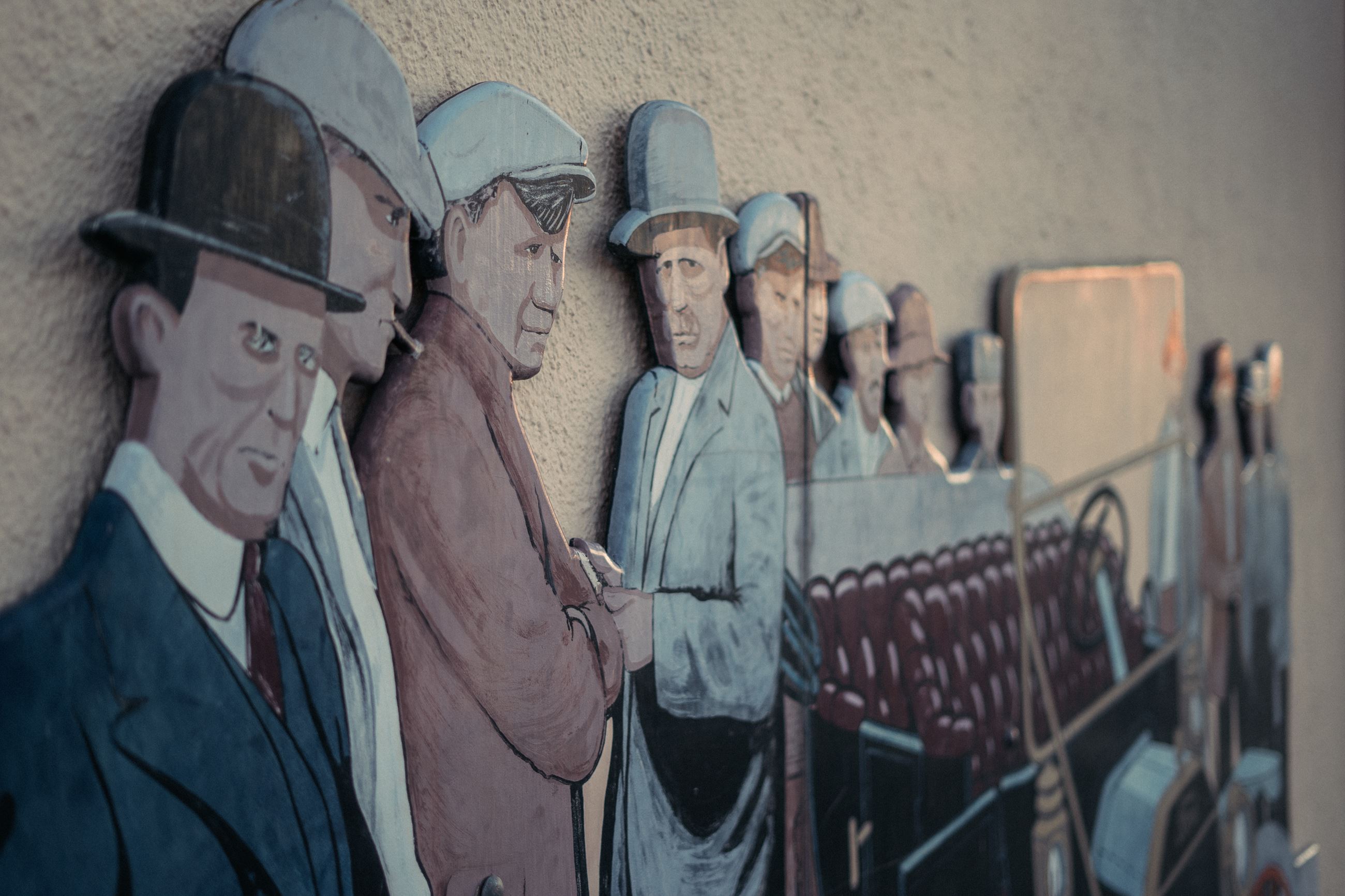 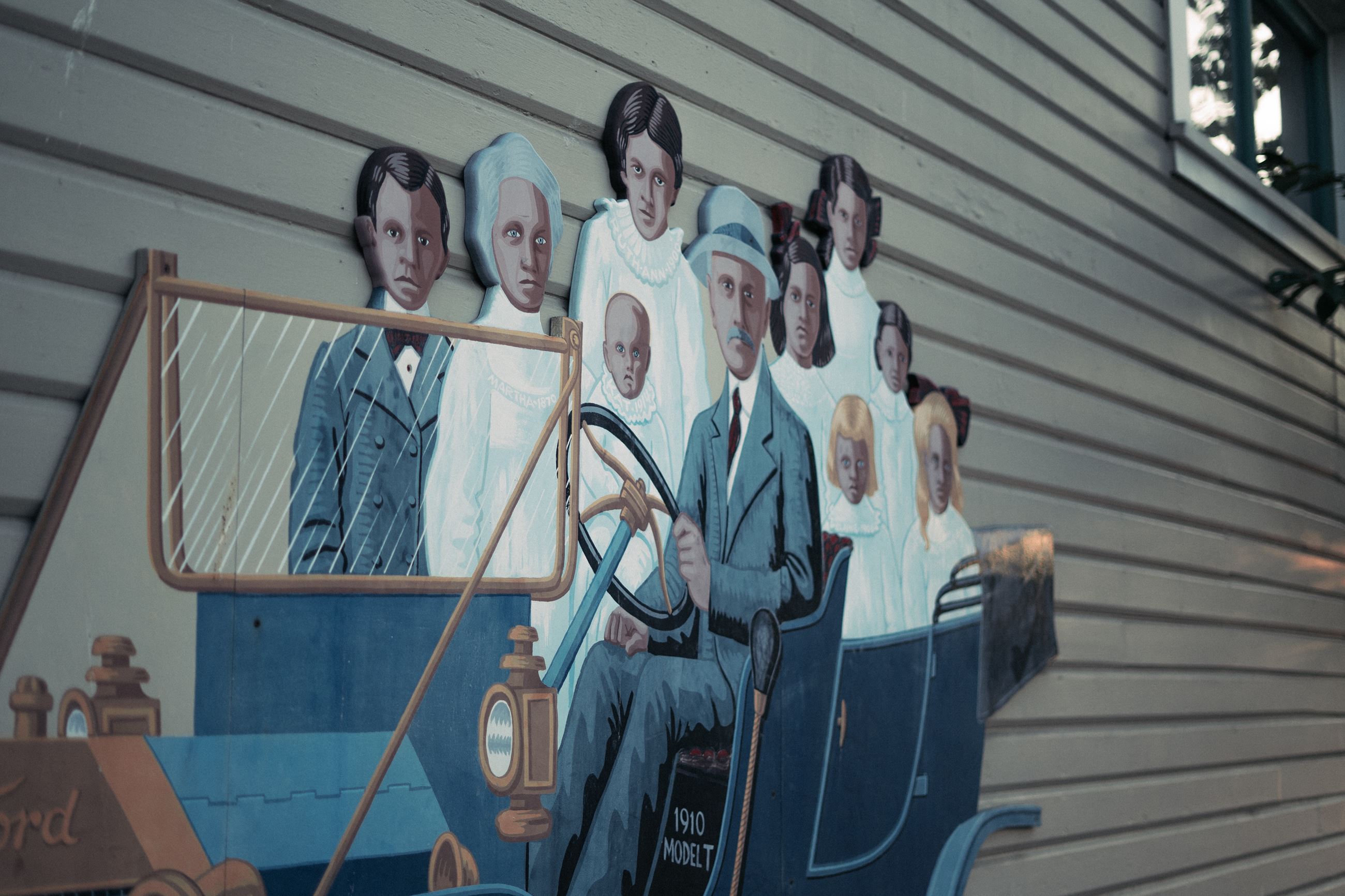 In addition to a full inventory of the murals, museum staff are coordinating new and exciting mural based projects. Enjoy the murals like never before with our virtual walking tour - augmented by podcasts. Coming Soon!

A Brief History of The Mural Project 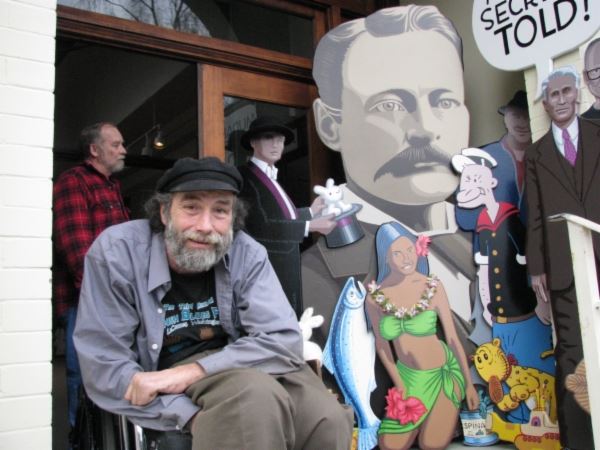 In 1980s Anacortes, Mitchell along with a group of a couple dozen other community leaders banded together under the Anacortes Renaissance and Revival Confederation. The intent of the Anacortes Renaissance and Revival Confederation was to bring life back to downtown Anacortes during a period where the future of the town was somewhat hazy. This initial meeting is where the idea of murals first surfaced. Intrigued, Mitchell brought several images to the group’s second meeting, got a thumbs-up, and by the third meeting, took charge. Thus the Anacortes Mural Project (AMP) was born. The idea behind it was that the murals would not only draw tourists and business to Anacortes but encourage current downtown business owners to do their part in beautifying the area.  “I had the time and the background, education, and experience to be able to head up a mural project and I had a work space.” Equally important was “enough talented friends that I felt I could put together a crew.”

The Anacortes Women’s Club sponsored the first mural - Fred White and his 1891 safety bike - for a scant $50. Mounted May 3, 1984, the mural was christened with a bottle of Miller Hi-Life. In a shower of beer and broken glass, the Anacortes Mural Project was launched.

The projects 35 year lifespan would spawn over 160 unique murals, located today everywhere from the Port of Anacortes to the State Ferry. It could be said in that time the original goal of the Anacortes Renaissance and Revival Confederation has been achieved. Downtown Anacortes is more beautiful than ever, with heart and personality to rival towns much more well established and populated than ours. Mitchell left Anacortes with a priceless gift that not only irreversibly changed the town, but helped define it. 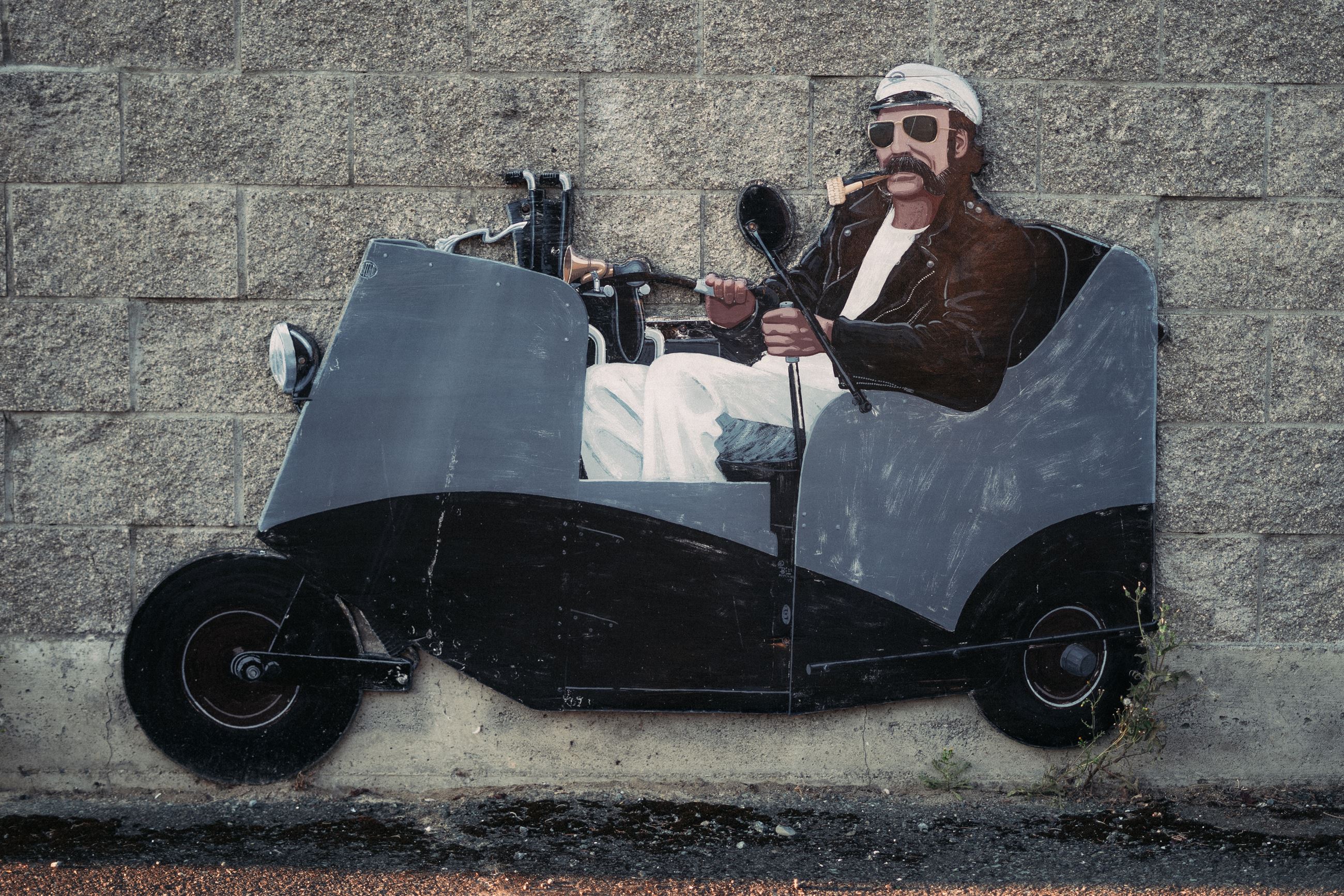 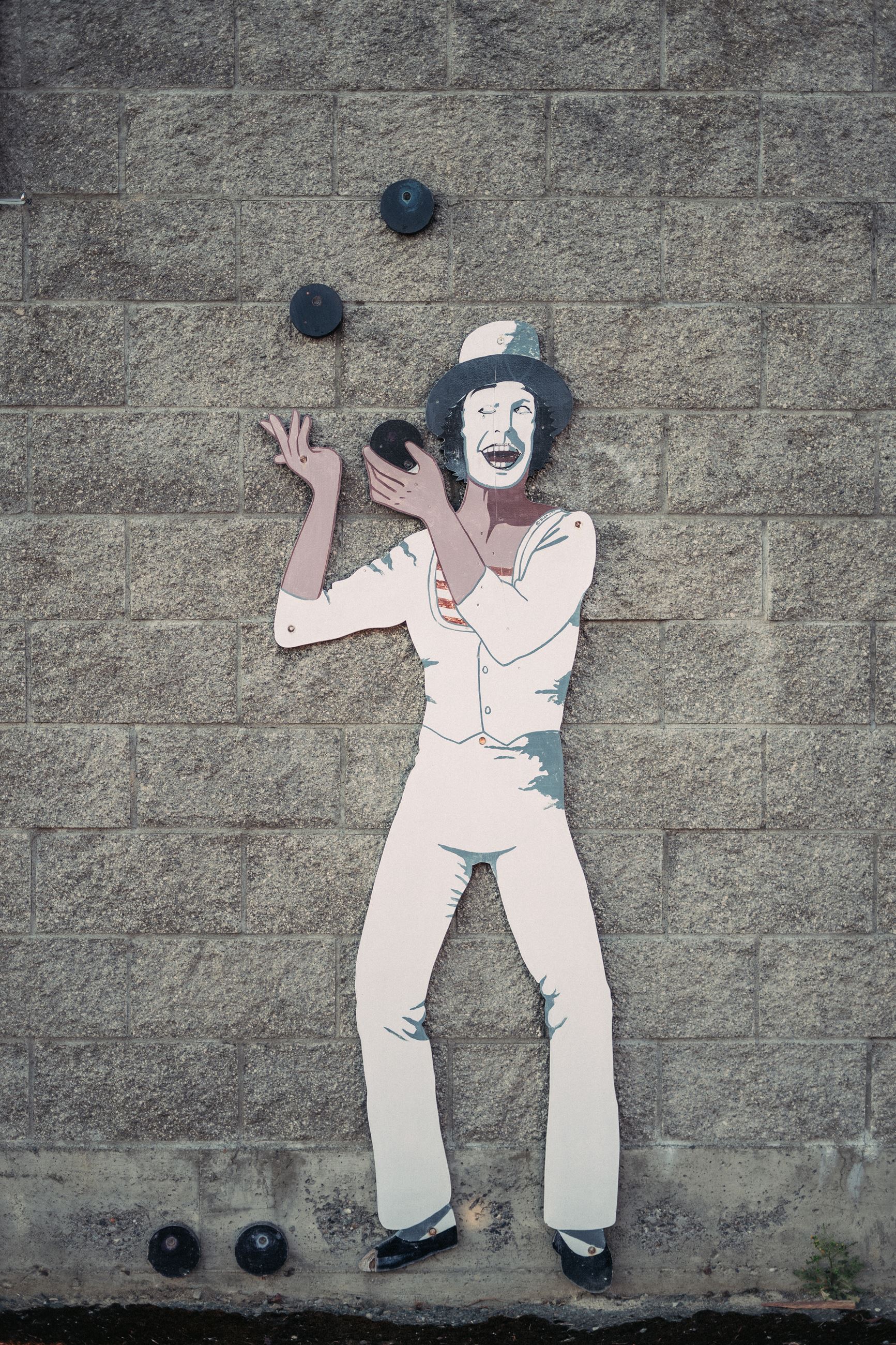 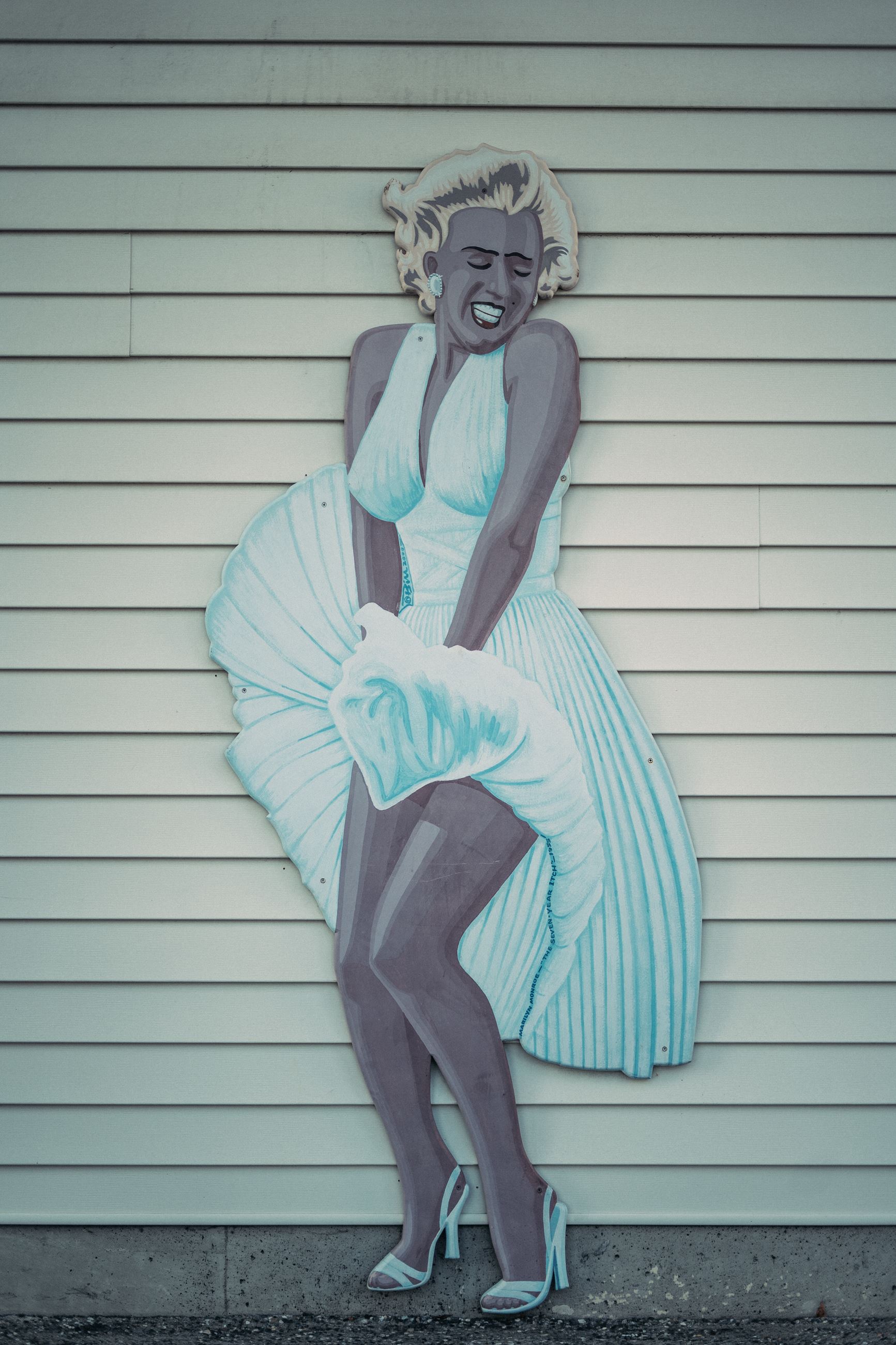 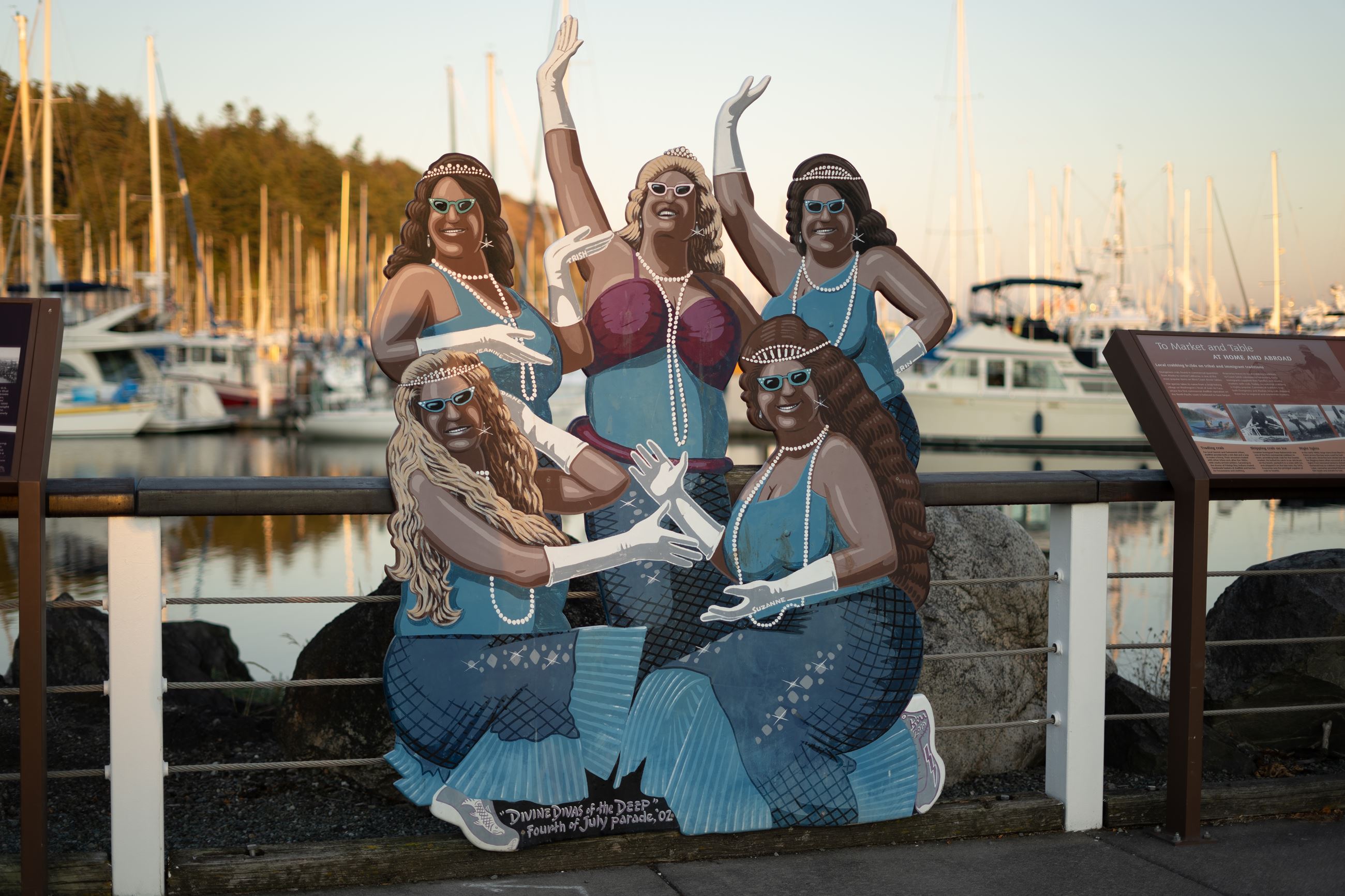