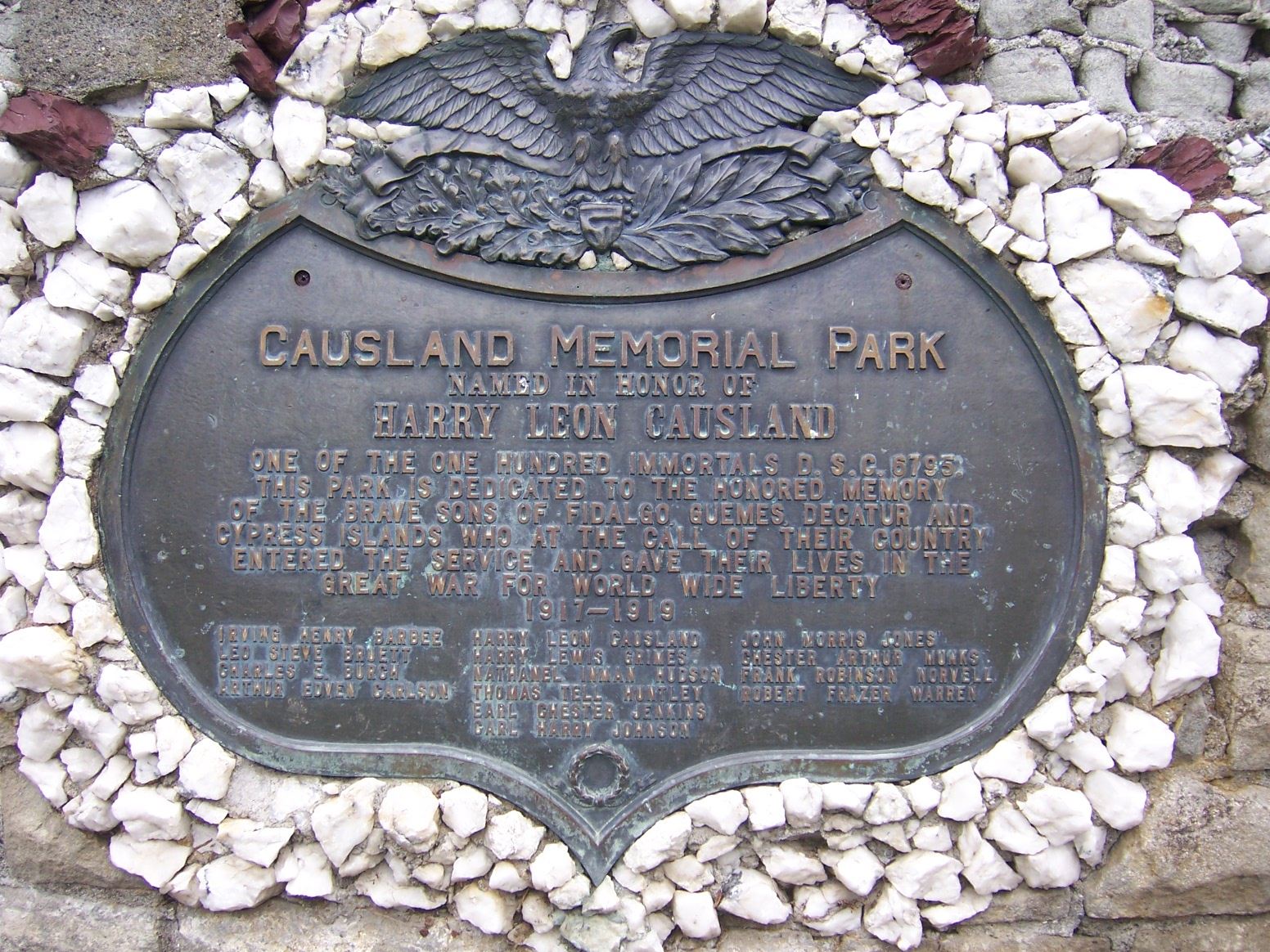 Killed in Action by machine gun bullets, at Bantheville Hill.

Is one of Pershing’s ONE HUNDRED IMMORTALS.

Was awarded D.S.C. for volunteering to carry ammunition to surrounded comrades. Succeeded in getting ammunition to them but was killed just as it was delivered.

Killed in action Aug. 31st, 1918, near Juvigny, France, while on the field with stretchers, gathering up the wounded.

Private Co. B 38th Infantry, Born 1890, Died Sept. 26, 1918, at the Battle or Argonne. Was a champion sharpshooter, was killed instantly by a bullet from a German Sharpshooter.

Died Oct. 5, 1918, was killed in action while serving with his company in France.

Killed in action while on outpost duty near Autrecourt, a town near the Meuse River.

Died June 5th, 1919. Was wounded at the Meuse-Argonne battle on Sept. 29, 1918, by a machine gun bullet fired from an airplane. After remaining unconscious for some time he regained consciousness and followed his company a full mile into action until he was seen by his captain and sent back.

Died as a result of the wound after he received his discharge. Received the following citation from General Johnson; "Although wounded, made heroic effort to continue fighting with his company."

Was drowned by the torpedoing of the Transport "TUSCANIA", off the coast of Scotland, and was buried at Kilnaughton, Scotland, Isle of Islay.

Pneumonia, contracted while performing extra duty as a volunteer.

Five round trips from America to England, France to Italy.

had been in the Service only nineteen days.

Entered the Army from Alaska and died from Influenza. His home was in Anacortes, but no record can be obtained except the bare fact of his death, and its cause. 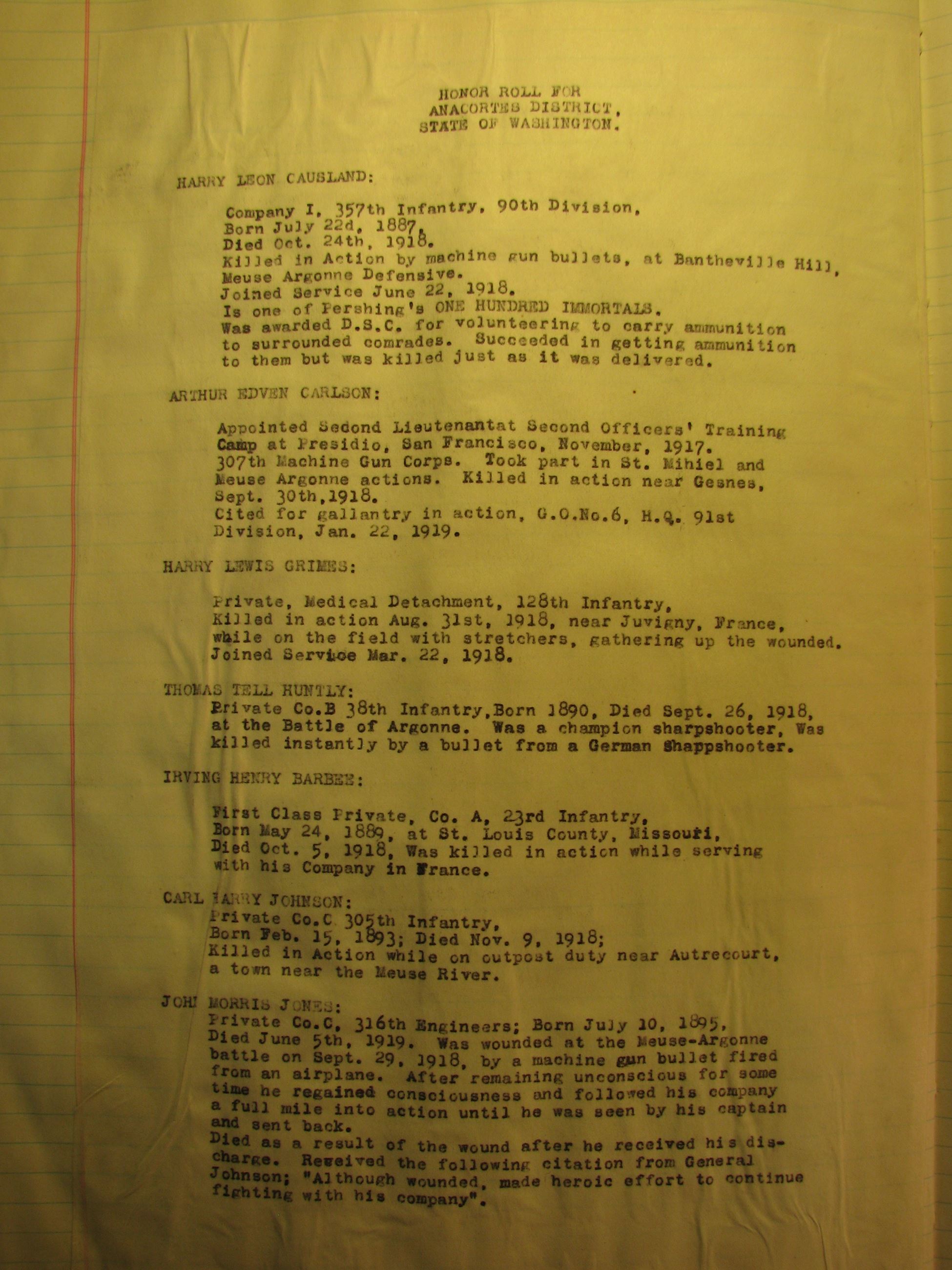 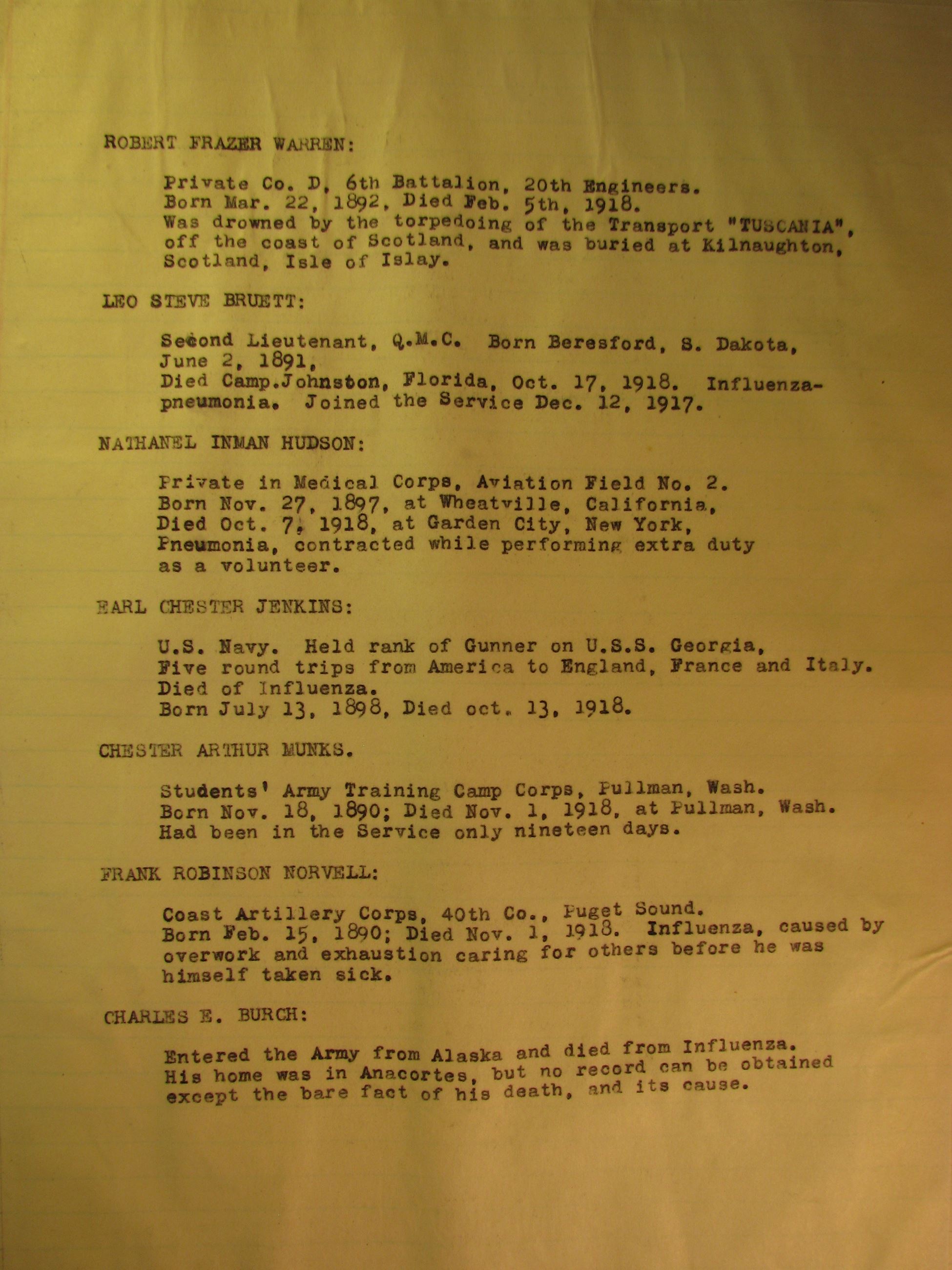