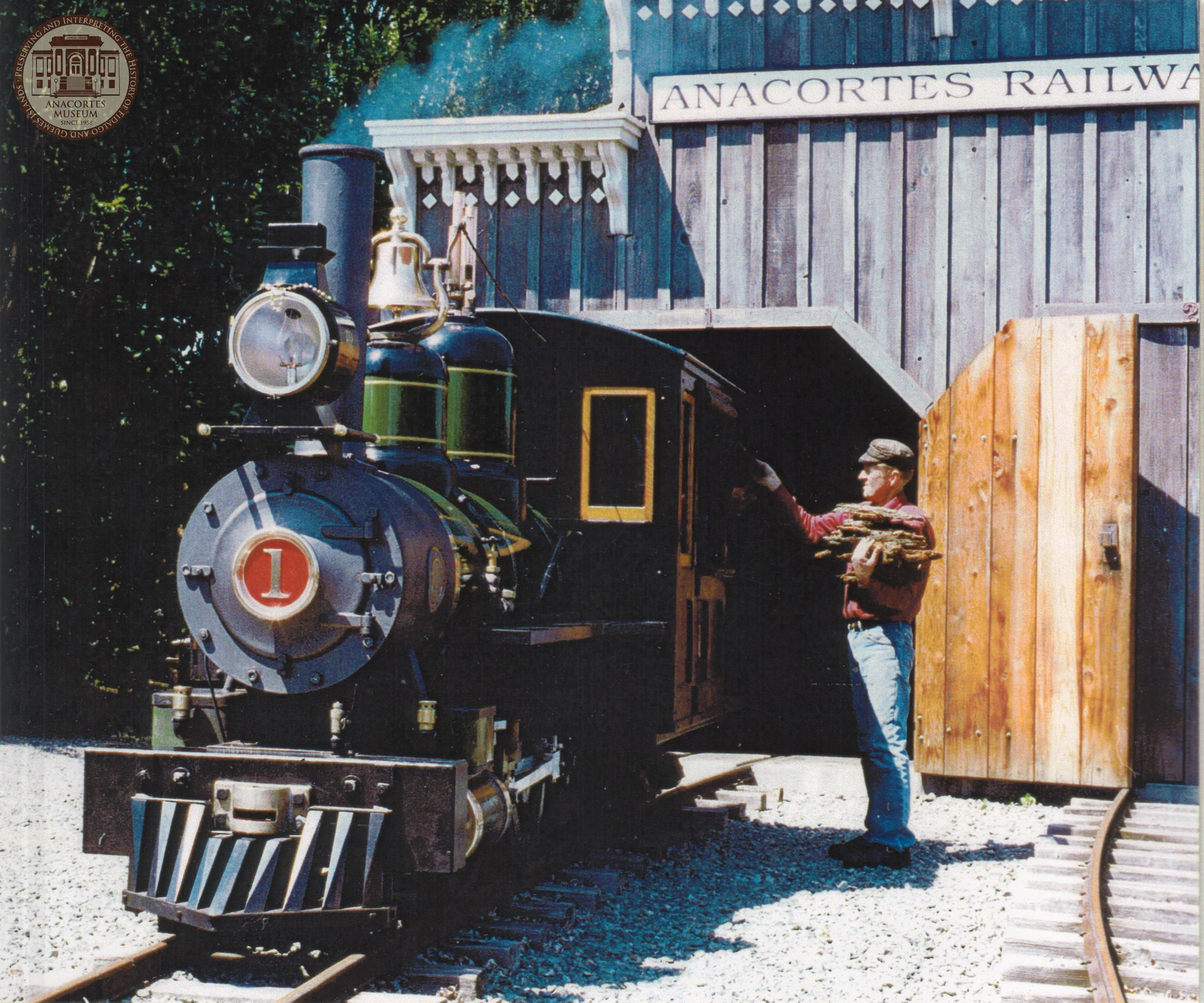 "Little trains have enchanted me since one summer morning in Maine in 1939. I was just a kid, but I finagled a cab ride on the old Bridgton & Harrison down to Bridgton Junction. As we frolicked across the low rail joints, I listened intently as engineer Everett Brown reminisced about his experiences on this 2-foot gauge line. This superb adventure cast a spell over me that has lasted a lifetime."

In 1965, inquiries about a used engine at the Homestake Mining Company in South Dakota led Thompson to "a hasty, change in vacation plans (that) took me and my family to Lead where we inspected #22. I immediately started to plan how I would transform this ugly duckling into a swan."

Tommy Thompson brought working passenger trains - miniature ones - back to Anacortes in 1979. For the rest of his life, he operated the Anacortes Railway, which he painstakingly built himself and ran with the assistance of his wife Anne and their children.

With its 4.5 ton, 18-inch narrow gauge steam locomotive and three meticulously detailed passenger cars, this railway delighted thousands of riders - especially children. In the early years, temporary tracks were laid out on Commercial Avenue so the train could operate during Anacortes Arts Festivals.

But Tommy was determined to have a permanent train route, and that service finally was inaugurated June 21, 1986, with a celebration at the Depot. For more than a decade, the train took happy riders on 3/4-mile rides along the waterfront.

Tommy was in the midst of clearing and re-gauging 2.6 miles of railroad track for an extension of the route from the Anacortes Depot to Weaverling Spit when he died in 1999. 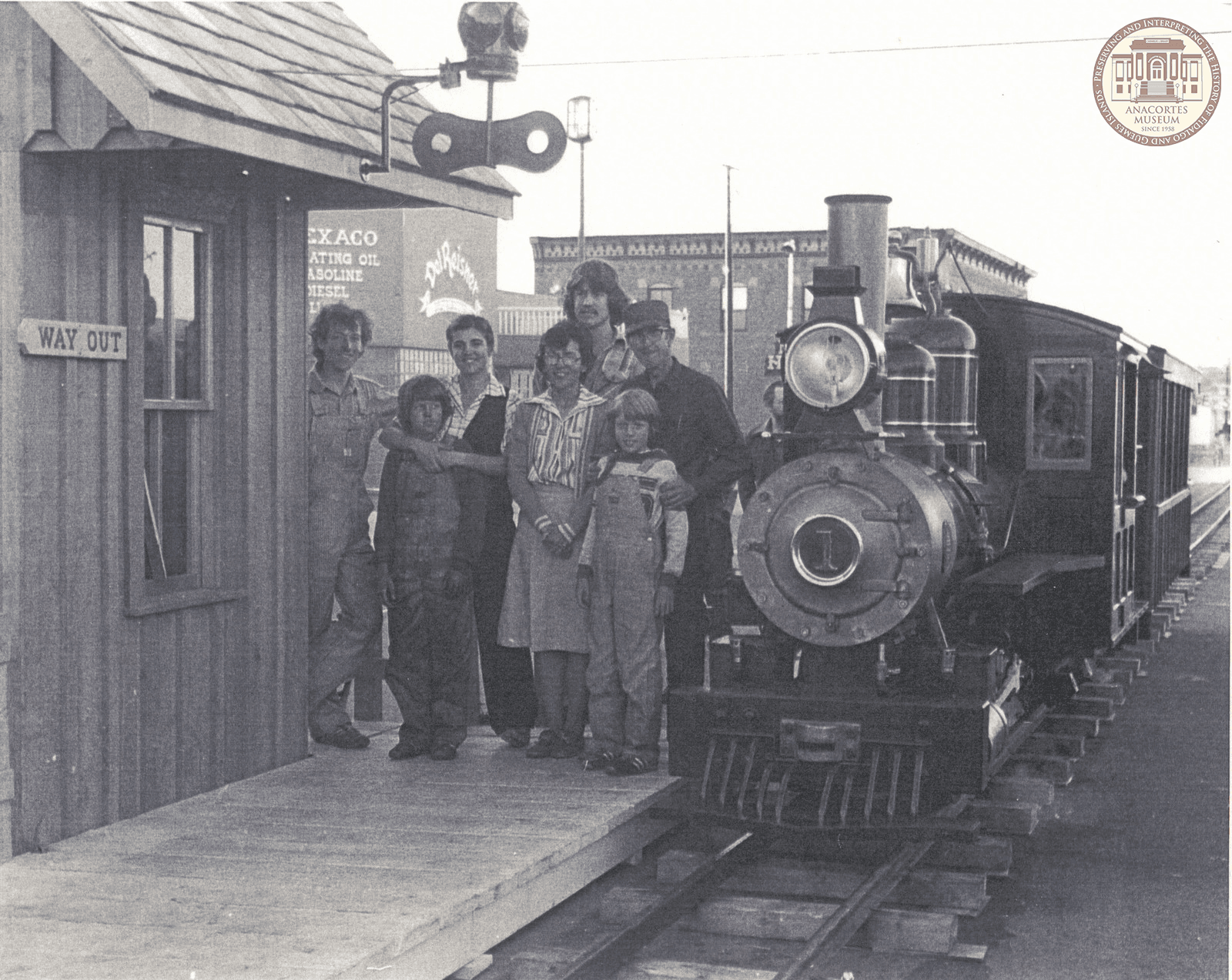