The Traveling Postcard Photographers of Anacortes 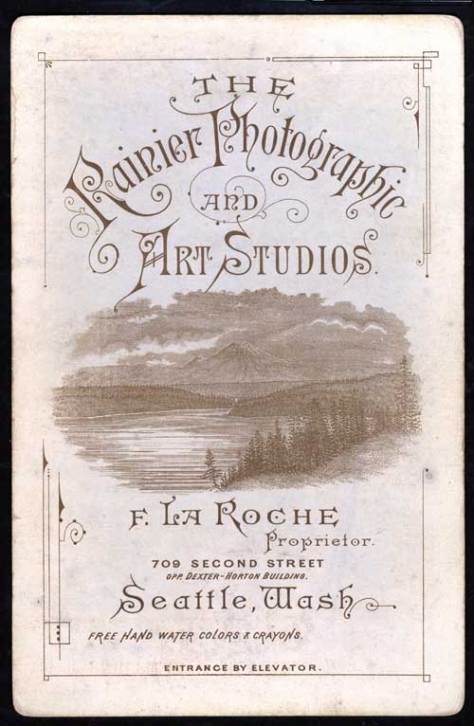 Frank La Roche was working near Anacortes by 1889 -- the Puget Sound Mail reported that he sold his roving photographic equipment to James Booen that year -- and he briefly had a photo studio in Anacortes prior to moving on to Seattle and Alaska. His studio's name appears on the side of a building in an 1890 Ewing image. 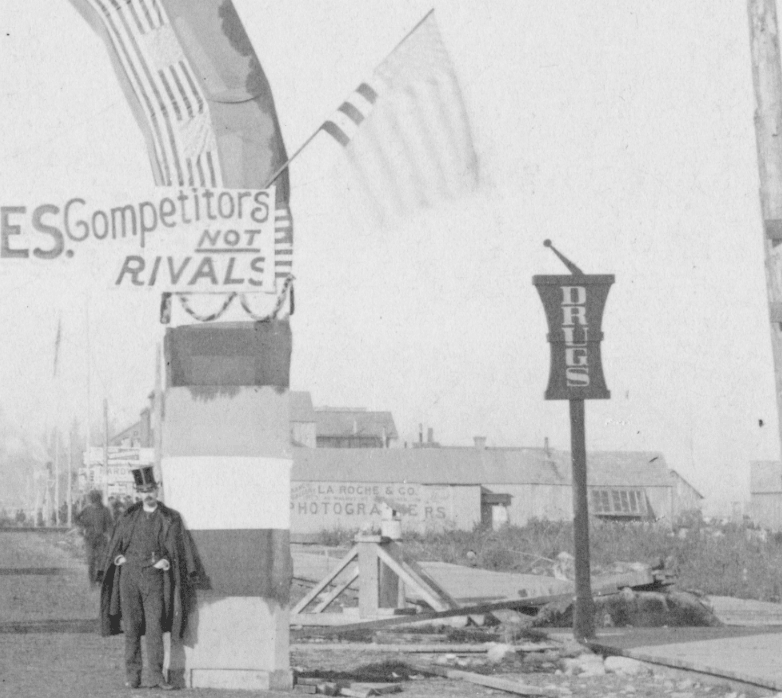 Well known for his Alaska and Klondike gold rush images, he was among the first to reach Skagway in July, 1897 and he documented its explosive growth. Among many other things, he captured an image of Jack London in a group on the Chilkoot Pass. In 1889, Edward S. Curtis moved into La Roche's former studio at 709 Ave., Seattle.

By 1910 La Roche appears in census records in both Seattle and Sedro-Wooley; by 1914 he moved his studio to Sedro-Woolley permanently. He made a number of Anacortes images from this era. In the 1917 Anacortes city directory, La Roche advertised his Metcalf Street, Sedro-Woolley business: "The La Roche Studio: La Roche loves the Babies." He retired in about 1928 and died in Sedro-Woolley in 1934. 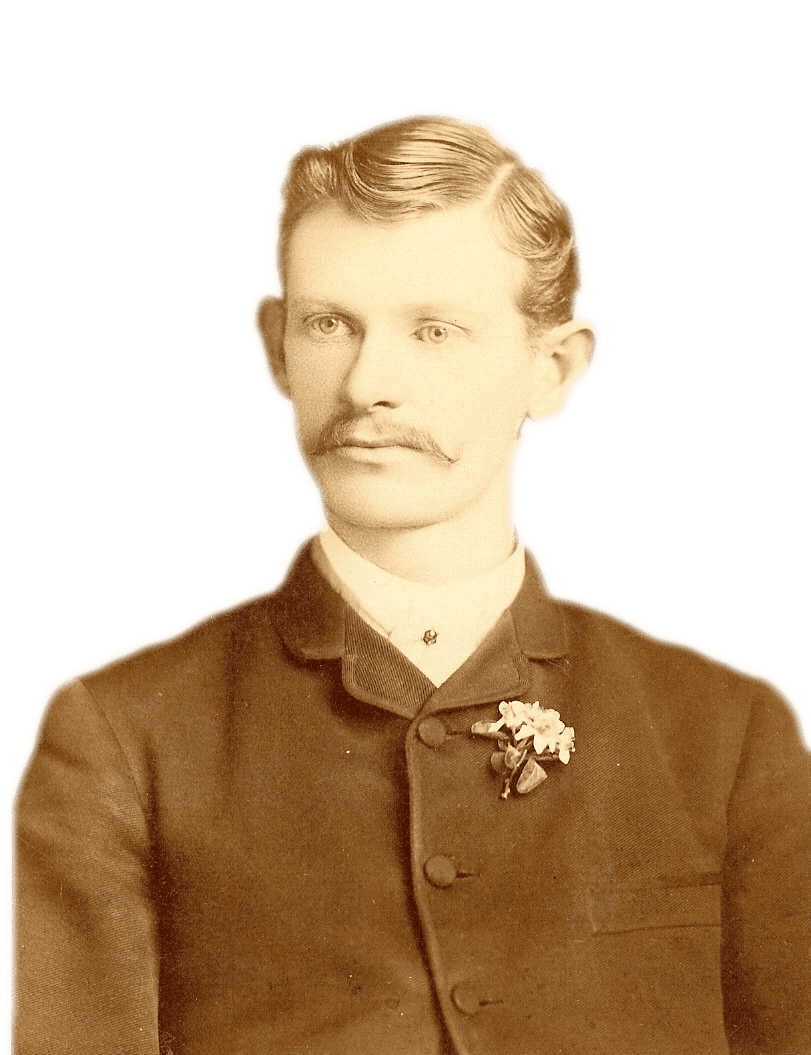 A dozen photographs of Anacortes taken circa 1908 are the only evidence that M.L. Oakes ever set foot here, but these images, stamped “Oakes, Seattle,” are more than enough to cement his place in the city’s photographic history. At least five of these photos are so striking that they were enlarged for Wallie Funk’s Pioneer Pictures project (the first Anacortes Museum exhibit) in the 1950s.

Most noteworthy are Oakes’ images of Anacortes’ smoky Mill Row and of the city’s downtown, both taken from Cap Sante. A 1908 cancellation stamp on one one of these postcards dates the whole series. Oakes managed to work without generating a word in the Anacortes American.

Billed as a “real photo postcard artist,” Oakes was active in Yakima, Seattle and around the region c. 1907-1910. He left images of Leavenworth, Bremerton, and Seattle, and he made many postcards featuring the 1909 Alaska-Yukon-Pacific Exposition in Seattle, stamped Oakes Photo Co.

He had also worked in New York, California and Mexico. Oakes kept on the move, and changed his name from time to time, ahead of two ex-wives and other legal woes. By 1915 he was producing photographs labeled “Oakes” at the Panama-California Exposition in San Diego. In the 1920s and ’30s he was an art photographer in Atascadero, Calif., where he died in 1949.

In 1921, John Boyd (or J.B.) Ellis quit his job as principal of Marysville High School, purchased a photo studio in Arlington and launched the Ellis Post Card Company. His real photo postcards (“real” as opposed to blurrier screened prints) were finely detailed images of the region’s scenery and civic centers.

J.B. created his first series of downtown scenes on a tour of the state in the 1920s, then he went around again in the 1930s, and again in the 1940s. Clifford Boyd Ellis (or C.B.), who took over the studio when J.B. retired in 1959, picked up where his father left off, providing images from later decades. By keeping the images up-to-date for tourists, the father and son created a unique visual record of civic growth. They are known to have created about 5,000 postcards, and the Anacortes Museum has about 100 Ellis images in its collection. 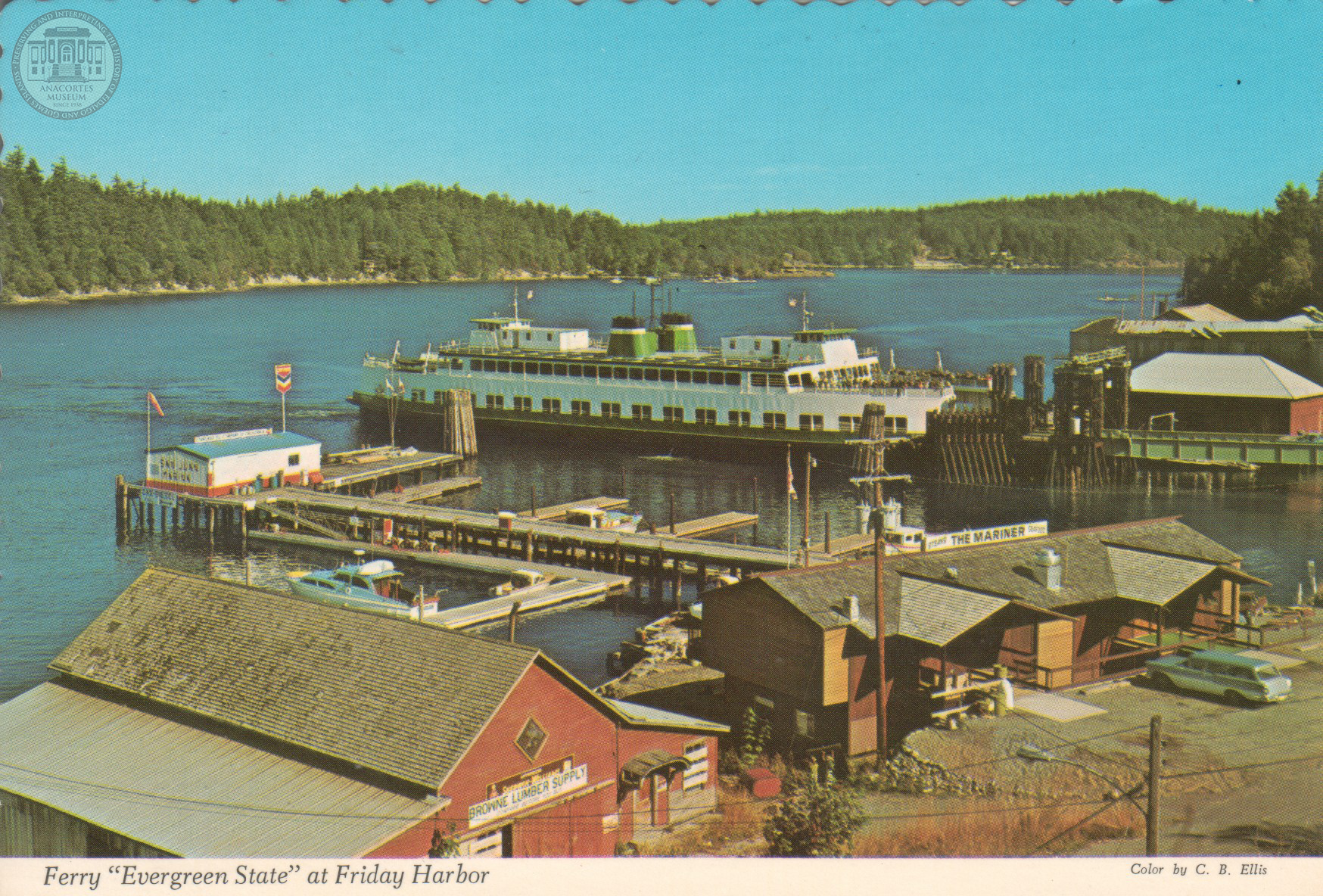