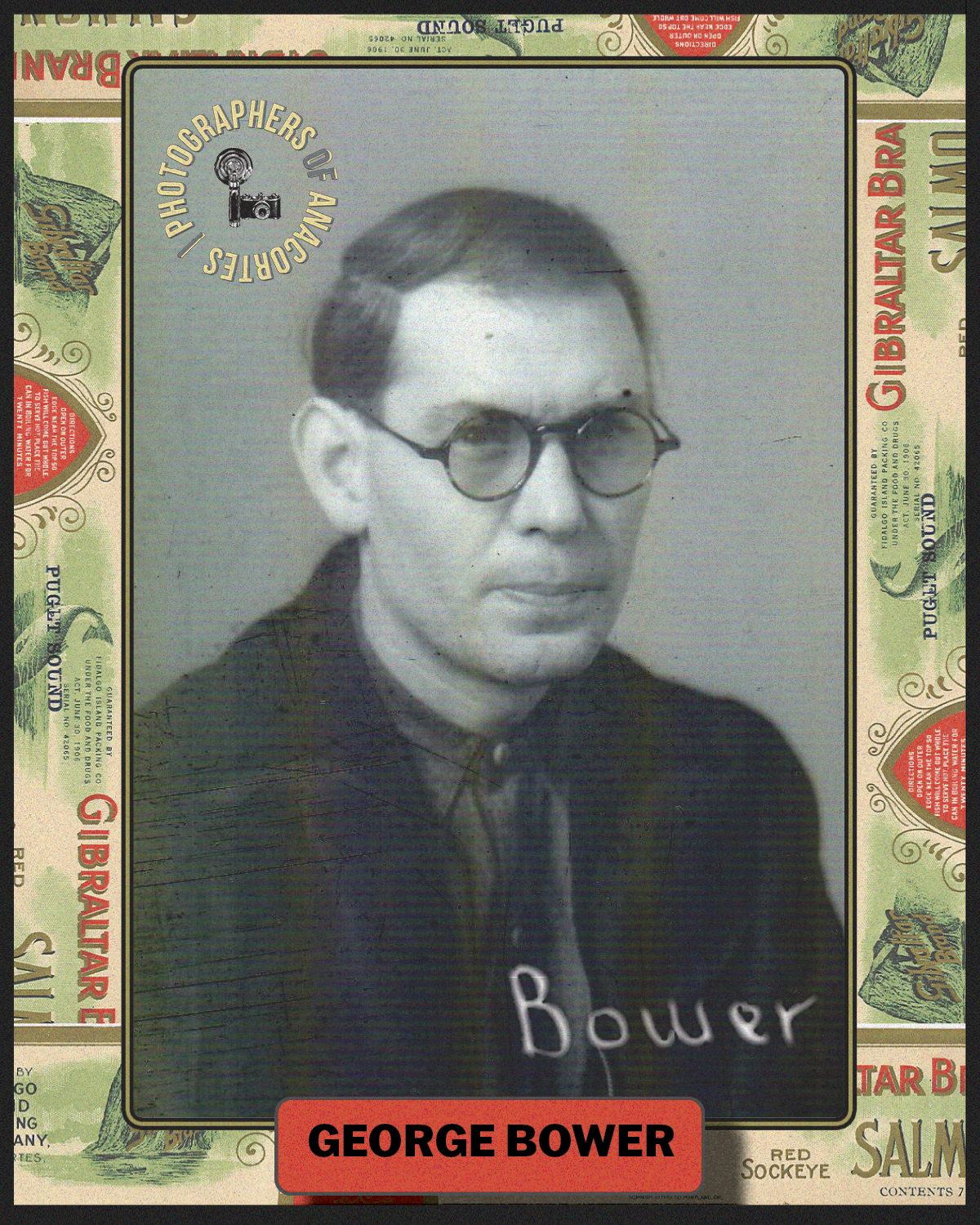 Photographer George William Bower was born in Anacortes on July 28, 1897 to Ida (Shigley) and Ben Bower.

In his earliest days he worked at canneries, but when photographer Ferd Brady moved to Anacortes c. 1924, the two teamed up. Their work was stamped "Bower & Brady" until Brady purchased his own studio in 1926. Bower & Brady aerial photos of Anacortes are probably the first ever made. By 1930, perhaps because the Great Depression hurt the demand for photographs, Bower was a mechanic at a salmon cannery.

In 1942 Bower’s draft card identifies him as a commercial and picture photographer, with studio and residence at 819 21st St. That year he married Ethel (Curtis) Heimbach, who died in 1943. In 1946 he opened the Bower Studio, a new commercial photography studio, above the Western Auto Supply store at 6th and Commercial. During the late 1940s, he took several iconic event photos, including people roller skating in City Hall and crowds at the Marineers' Pageant's Marine Stadium.

In November, 1946 he married Irene (Weatherley) Galyean. No Bower photos in the Anacortes Museum collection are dated later than 1949. The Bowers moved to Bremerton, where he died in 1971. 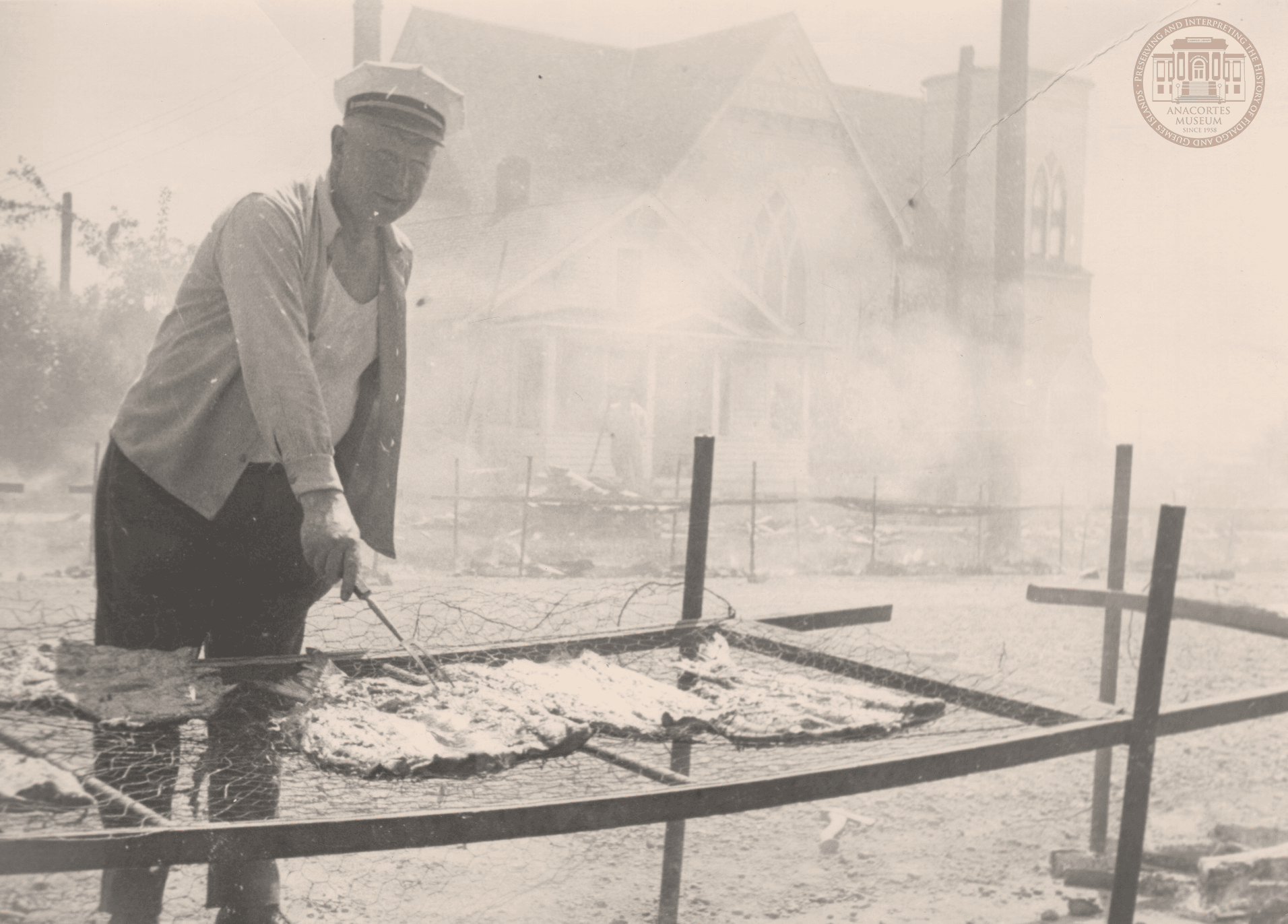 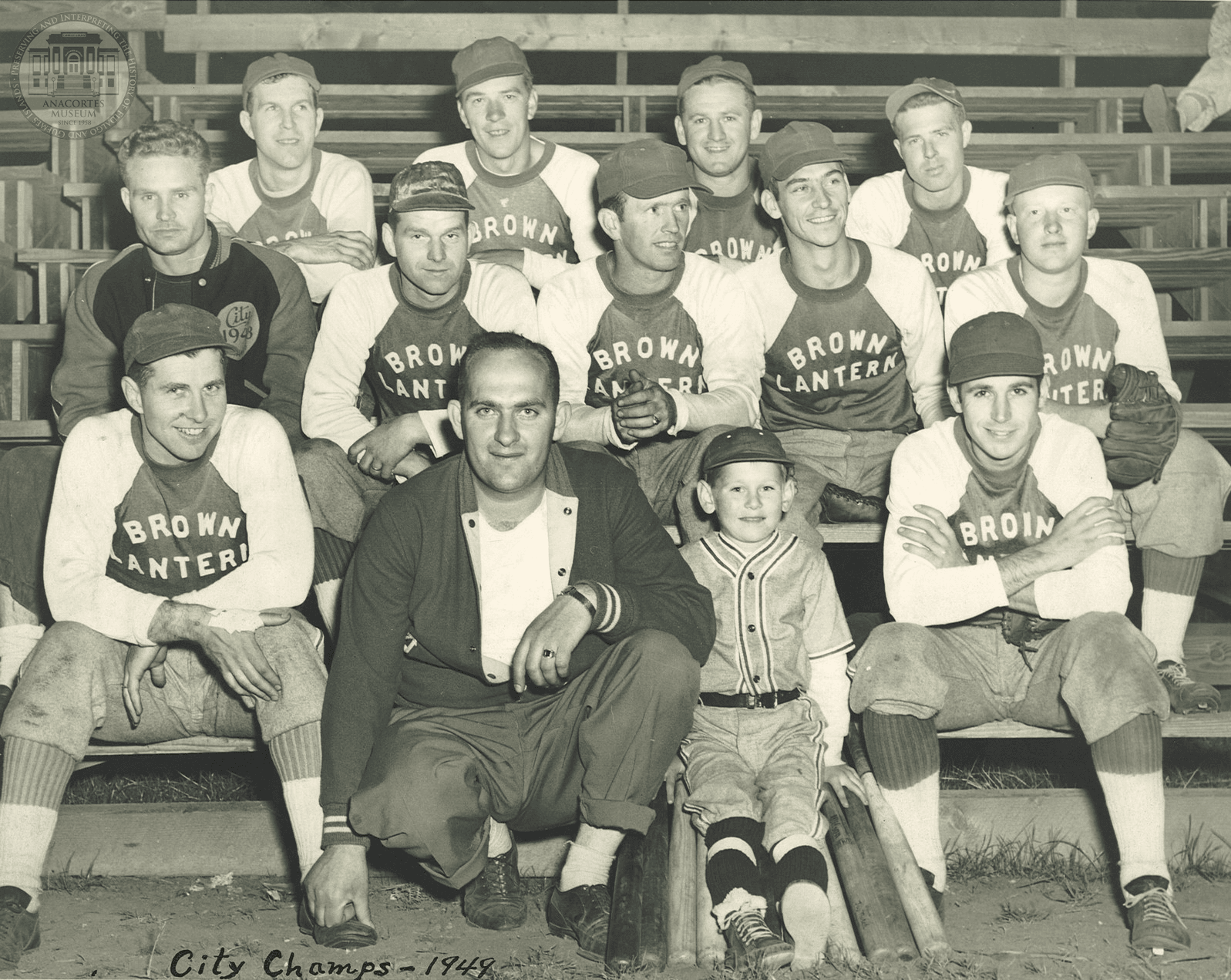 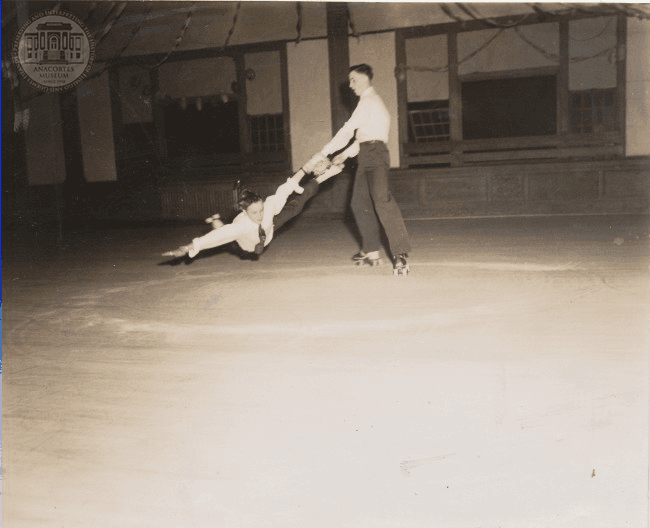