The Anacortes Museum, Maritime Heritage Center and W.T. Preston exist to preserve and interpret the history of Fidalgo and Guemes Islands and to nurture in the community an awareness and appreciation of its heritage.

Following the current health guidelines, the Anacortes Museum has opened to visitors again. Look for our “Museum” open flag during our return-to-normal Tuesday – Sunday schedule (closed Monday) this spring at the Carnegie Gallery at 1305 8th Street.

The number of visitors will be limited to 25% of capacity (or 12 people at a time) with social distancing and masks required. If 12 people are in the museum, we will hold back entry until some visitors leave.

Thank you for your patience – and welcome back!

The Maritime Heritage Center and W.T. Preston will remain closed to visitors until further notice. 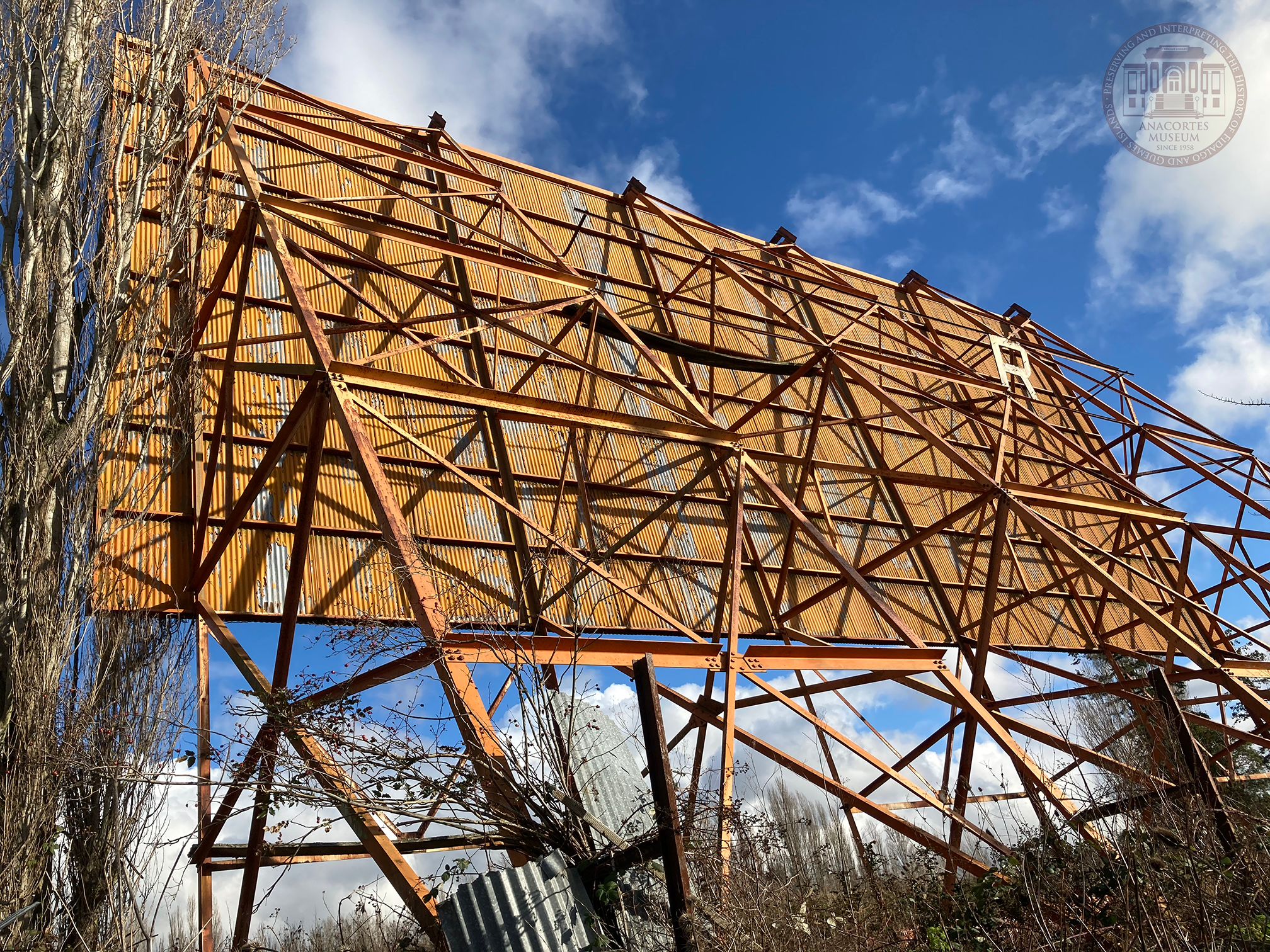 The old Circus Drive-In screen. The word 'THEATER' has been reduced to only the letter 'R' (2021)

Leaving Anacortes off State Route 20, there are few sights more iconic or eye-catching than the monolithic drive-in movie theater screen off the north side of the road. It’s a mysterious remnant of a past civilization to the younger crowd and a recognizable and nostalgic image to the older - they may even remember it as the “Circus Drive-In,” once the premiere spot on Fidalgo Island to see first-run films! 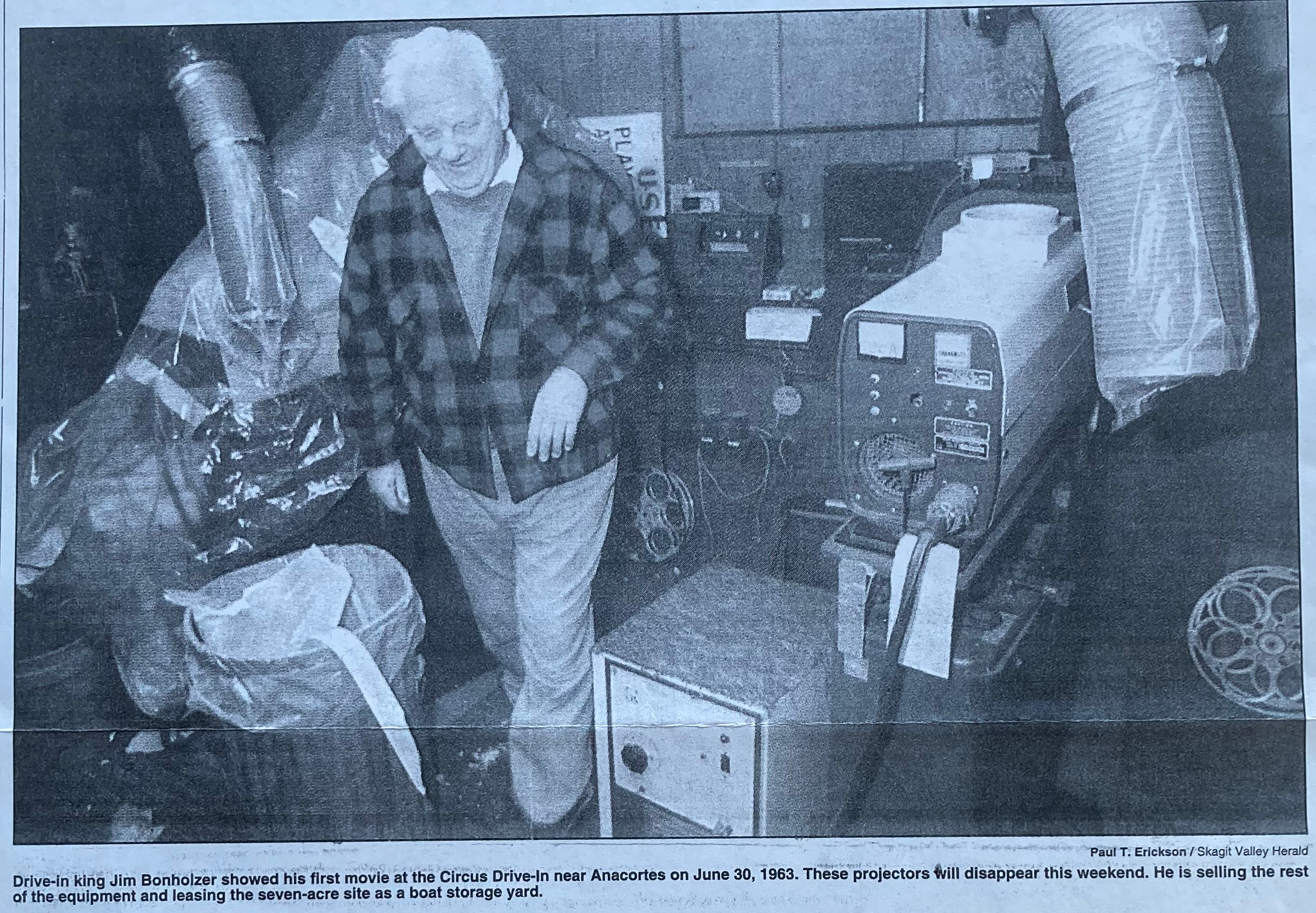 It was through the workings of serendipity that the Circus Drive-In came to be. Jim and Lorraine Bonholzer, prominent theater owners/operators from Seattle, were traversing the ebbs and flows of the Salish Sea one day in 1963 when a heavy fog came over them. Forced to head ashore, they found safe harbor in Anacortes where they stayed overnight to wait out the weather.

Touring Fidalgo Island the next day, the Bonholzer’s eyes were caught by a For Sale Property sign extending over both sides of Old Memorial Highway. The couple instantly fell in love with the lot and the area, and they knew exactly what they were going to use the property for. Fate had brought the two to Fidalgo Island and thus began the building of the Circus Drive-In, one of the greatest outdoor theaters in all the Pacific Northwest! 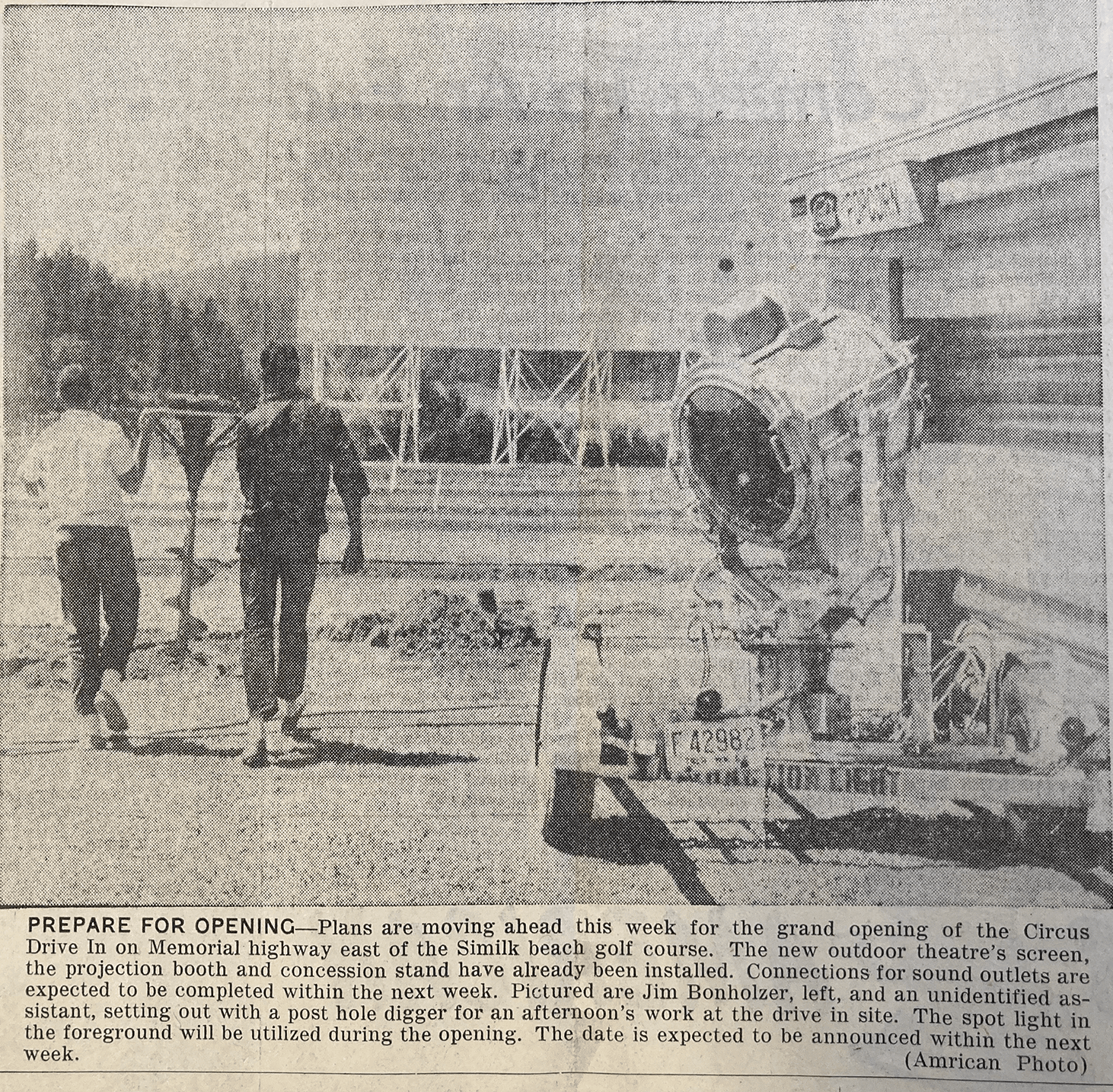 Jim Bonholzer (left) and an assistant preparing for the opening of the Circus. (1963)

The Bonholzer couple opened the Circus Drive-In to the public on June 30, 1963. The duo pulled out all the stops with the Circus: modern concession stand amenities, sweepstakes and raffles, a playground for young children, a 500 slot parking space for viewing, and even a live clown!

Word had quickly spread far and wide about the new theater. There was excitement in the air leading up to its opening. The first film screened at the Circus was Elvis Presely’s “It Happened at the World’s Fair,” a movie set and shot only an hour and a half away in Seattle. Following it in a double feature was “Follow The Boys,” a WWII era musical starring Connie Francis, Paula Prentiss and Dany Robin. Opening day was a huge success with over 400 cars jamming Old Memorial Highway leading into the theater. It was one of the largest traffic jams in Fidalgo Island history back then. 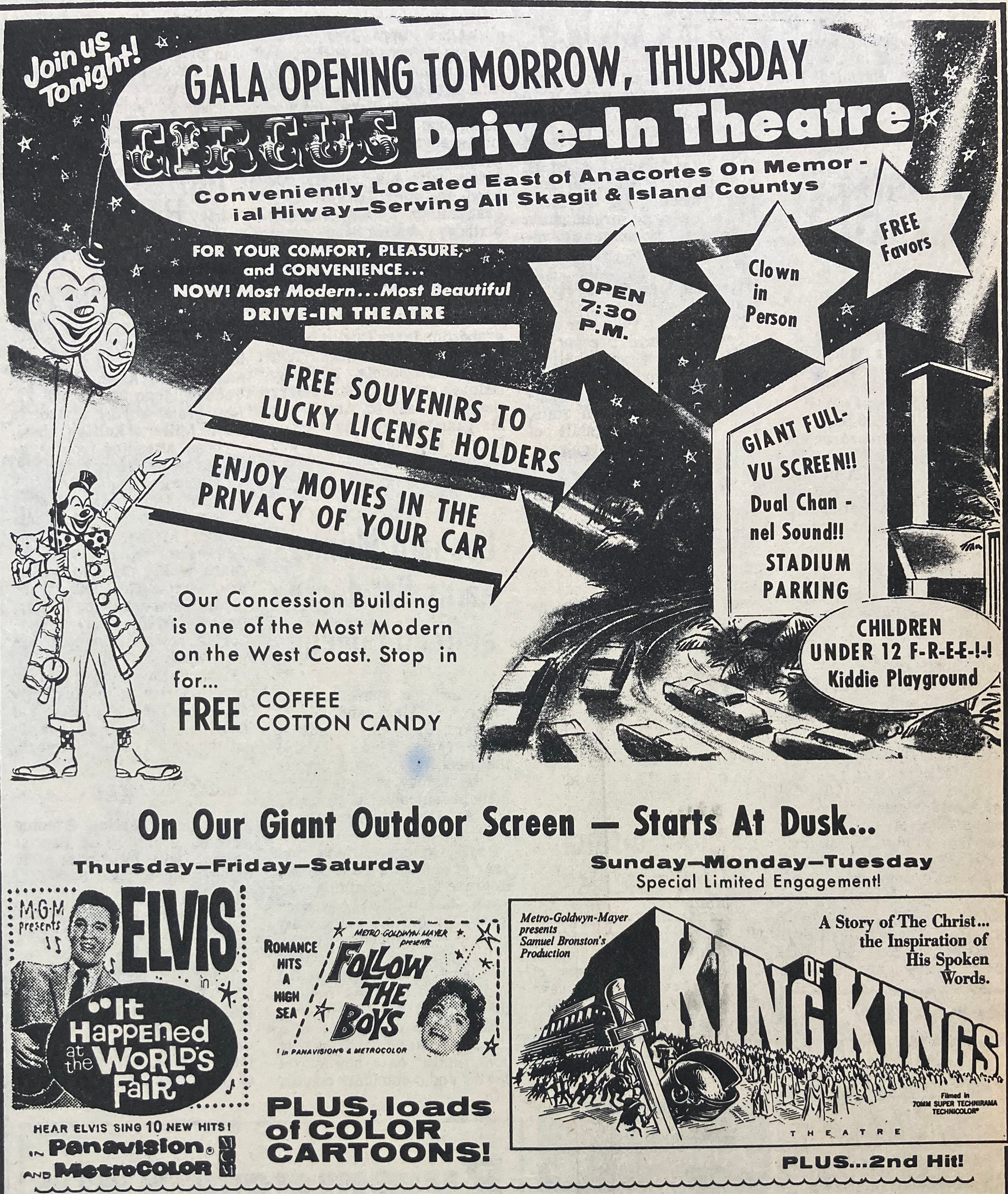 The Circus’ popularity continued for years. The Circus owners showed everything from first runs, to color cartoons, to hardcore exploitation films -- a cash cow for Drive-Ins across America that would introduce the public to new forms of extreme filmmaking. It all proved to be extremely popular, attracting viewers from Oak Harbor to Mount Vernon and beyond! Unfortunately, all good things have to come to an end. 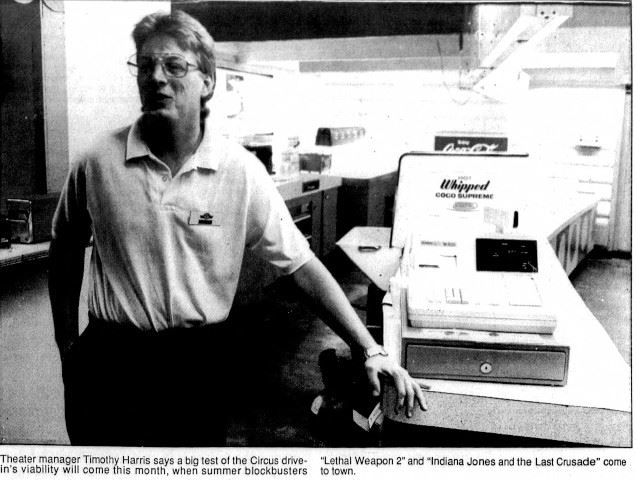 The theater would end up closing in the early 1980s, but its closure was not long-lived. In 1989, Timothy Harris revived the drive-in with himself acting as manager. As it would turn out, this revival would be short-lived as well.

The most notable event from this era was a doomed heavy metal show set to take place at the Circus on September 2nd, 1989. Anacortes metal band Kaos was behind the event and was set to perform alongside a slew of other metal, punk and hard rock acts. Kaos held a successful show at the Drive-In three years prior, followed by a showing of “Friday The 13th VIII.” The same success was not found at the 1989 event. Two days before the event, they were shut down by an outdated, Woodstock-era county ordinance meant to contain rowdy concert-goers. 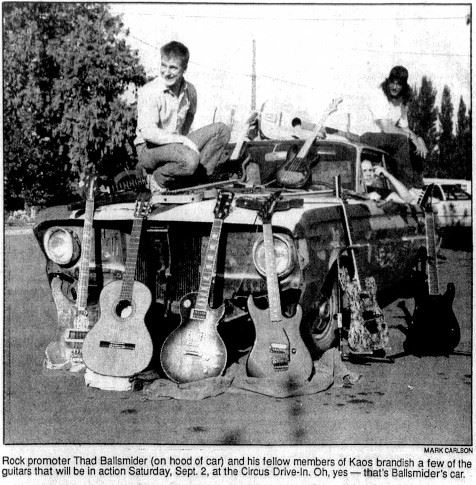 Kaos 1989 effort to run a show at the Circus was quashed by outdated county law.

The Circus wouldn’t last much longer. On September 10th, 1989, the drive-in premiered its final films: Indiana Jones and the Last Crusade and Ghostbusters II on one screen, and Casualties of War and Lock-Up on another. By 1995 it was repurposed as “Circus Drive-In Boat Storage.” Much of the drive-in’s equipment and memorabilia was swept up by collectors during the transition. It has remained boat and RV storage for the majority of the 21st century. Only recently has the property been bought by the Swinomish Tribe, who hope to give it new life as affordable housing for the didgwálič Wellness Center! While it’s sad to see the demolition of the old outdoor theater, it’s great news that the property will be used for an important cause. Besides, the memories that were acquired at this incredible theater, will last a lifetime. 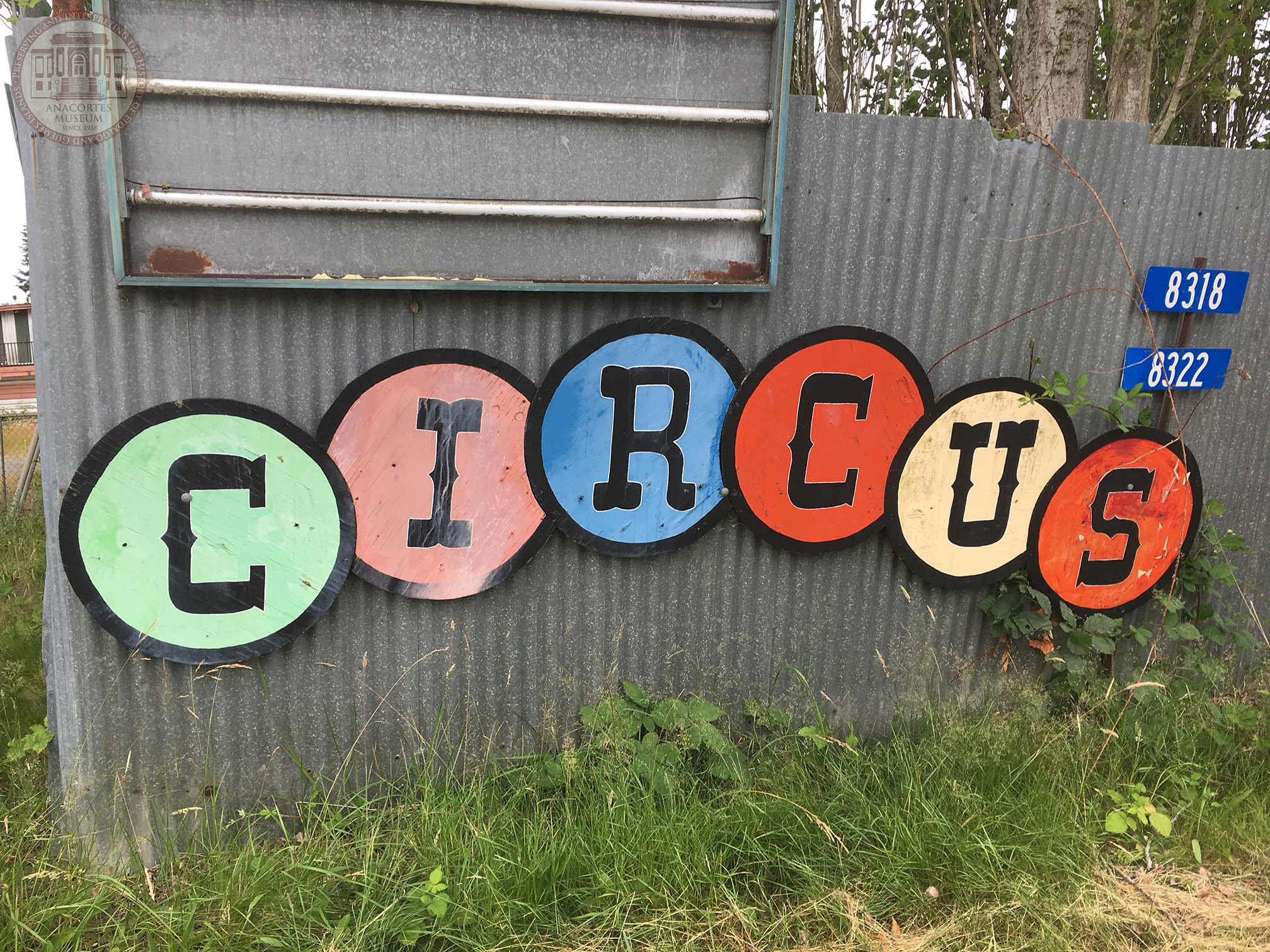 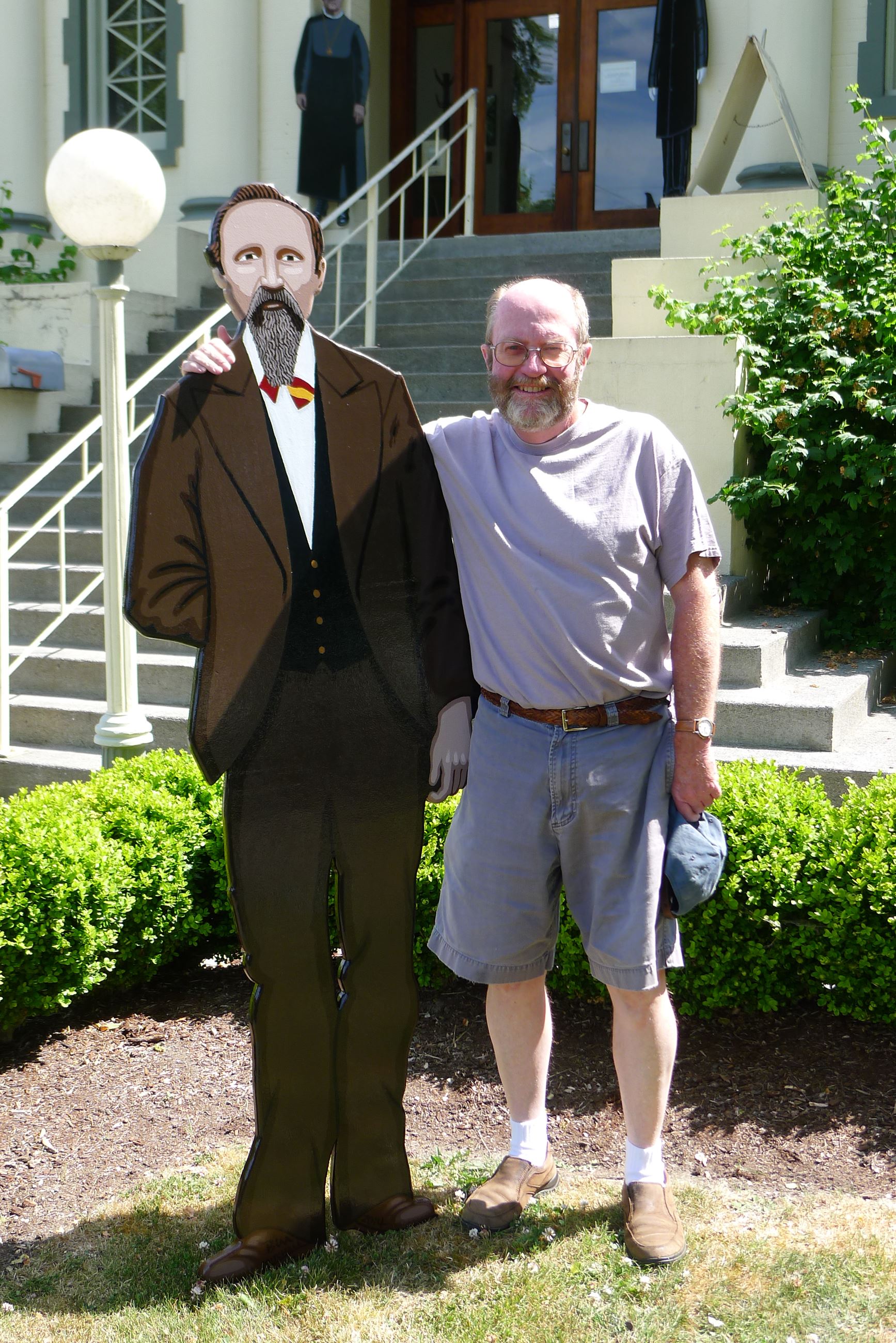 We were heartbroken to learn of the sudden passing of Museum Advisory Board President Lewis Jones, a treasured member of the Anacortes Museum family, who had a heart attack and died Sunday, Dec. 13, 2020. He brought a generous spirit, a photographer’s eye and a passion for history to his work with us.

Kay Reinhardt, who served on the board with Lewis, sums up our reaction: “Aching and questioning.  I'll talk to the stars about this on one of these dark, clear winter nights,” she said.

“Lewis was a thoroughly considerate gentleman.  I got so much from knowing Lewis in our museum capacities, and I so felt the pleasure of running into him about town any time that occurred.  He gave a lot,” she said.

Lewis was raised in Anacortes and had roots reaching back to 1915, when his grandfather, Dr. Austin Shaw, set up practice in the Keystone Building. Lewis joined the Advisory Board in the early 1990s at the urging of Bret Lunsford, now the Anacortes Museum’s director.

“Lewis and I both joined the museum advisory board at the same time in the 1990s. A dependable and trustworthy person. Kind, thoughtful and generous,” Bret said. “Lewis played a huge and steady role at the museum on the advisory board for almost 30 years and in the community his whole life.”

Fellow Advisory Board members also noted his leadership and dedication.

“Lewis was on the Museum board when I joined, around 20 years ago,” said Gib Moore. “He has been very knowledgeable about all aspects of the museum and his knowledge base and dedication will be missed.” 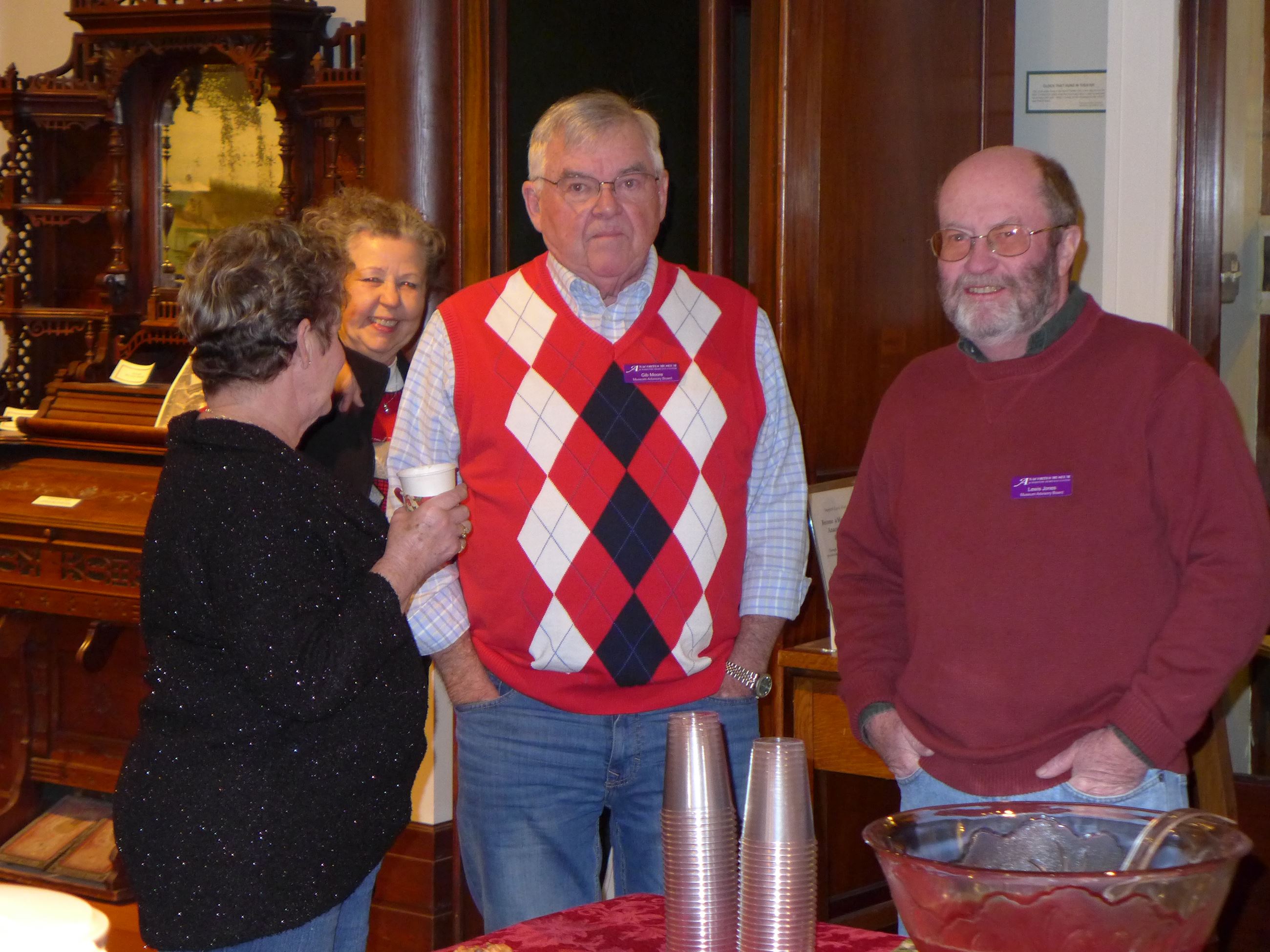 Sandy, Barb, Gib and Lewis at the 2016 Museum Holiday Reception

“Lewis was certainly one of the good guys,” said Tom Kuhn.

“I really enjoyed talking to him about all things ‘Anacortes.’ He will be missed,” said Deane Brazas.

Each month, for many years, Lewis was the first to arrive at Advisory Board meetings, eager to see the newly received artifacts and photos. Often he came in a few days ahead of the meeting for a sneak peek and a chance to talk about the new items.

“He just couldn’t wait,” said Elaine Walker, Curator of Collections. “He loved this job. His joy in the process was contagious.”

The Museum community will miss Lewis – especially those conversations.

“I can't take in the fact that we won't be seeing him come through the door anymore. We always had such nice talks. Such a kind and thoughtful man,” said Administrative Assistant Linda Yerby. 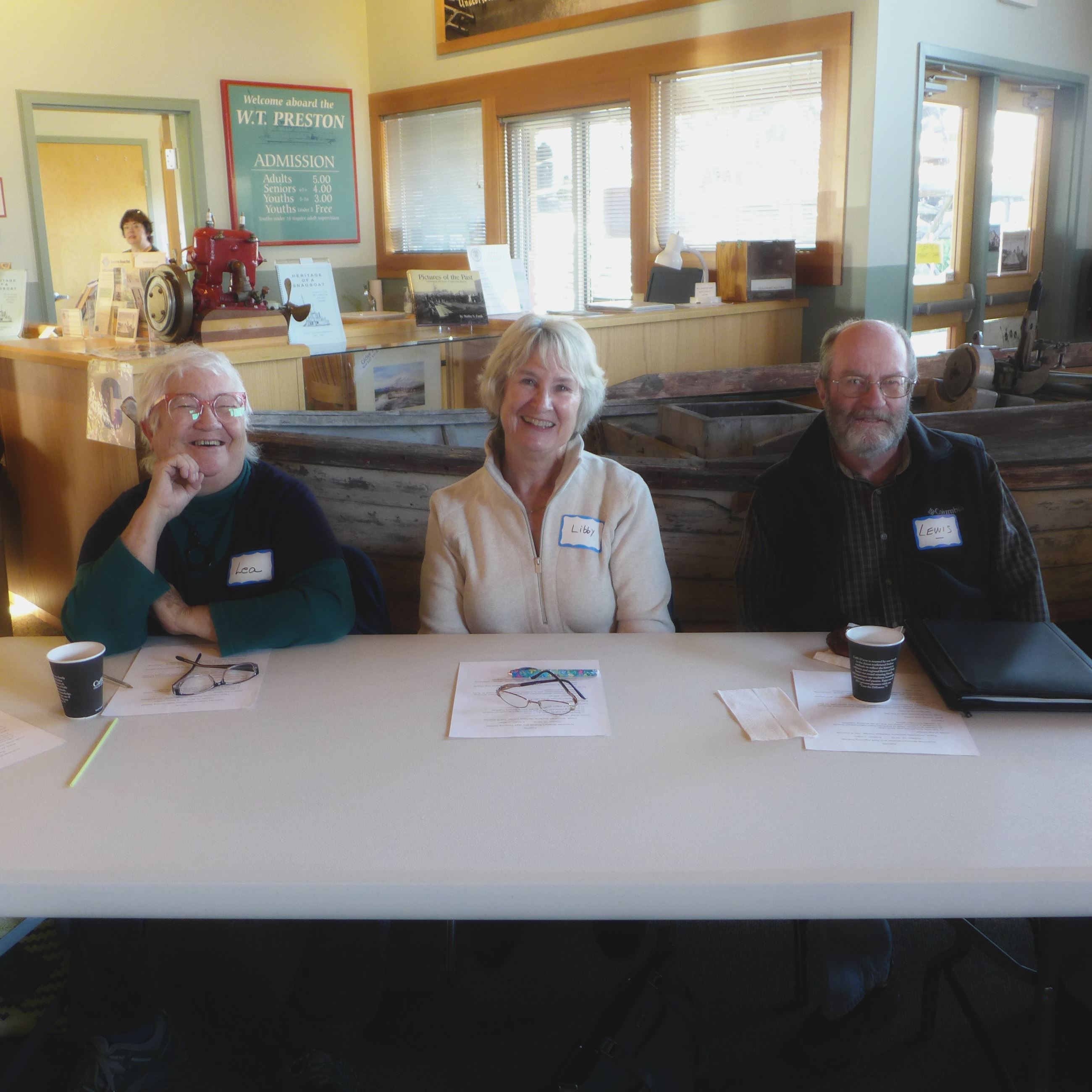 Lea DeVere, Libby Walgamott and Lewis Jones at the 2018 board retreat 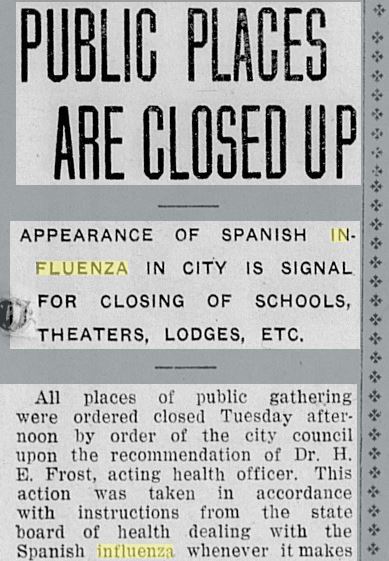 “With schools and businesses closed, nurses exhausted and many people caring for sick loved ones at home, it feels to us like the COVID-19 pandemic is historically unprecedented. However, Anacortes citizens faced an almost identical situation 100 years ago when the Spanish Influenza swept the world.”

So begins an in-depth article, Spanish Influenza in Anacortes, by our Curator of Collections, Elaine Walker, who put her reporter’s hat back on to research and write about these stories from Anacortes history. She has also assembled the original stories, found in online Anacortes American’s, which can be read in the original historic pages or in this chronological compilation, Spanish Influenza articles AA 1918-1920.  READ MORE…

Tuesday through Saturday
10 AM- 4 PM 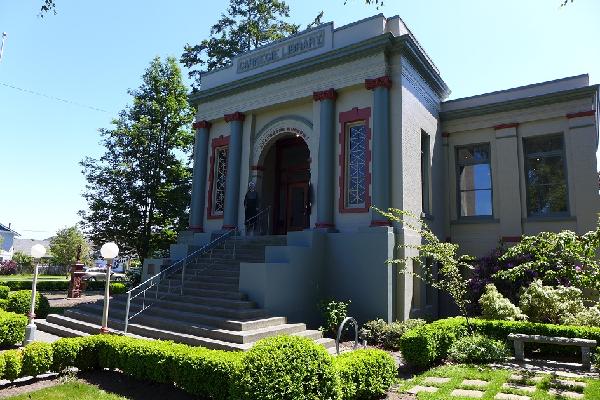 Located on the waterfront of downtown Anacortes. 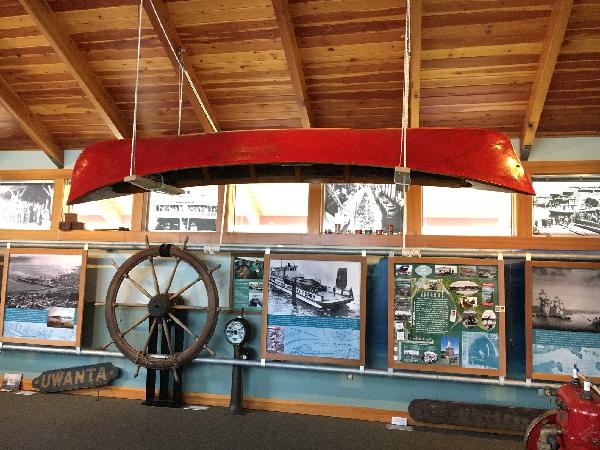 703 R Avenue, next to the Great Northern Depot and the W.T. Preston.

CLOSED FOR THE SEASON 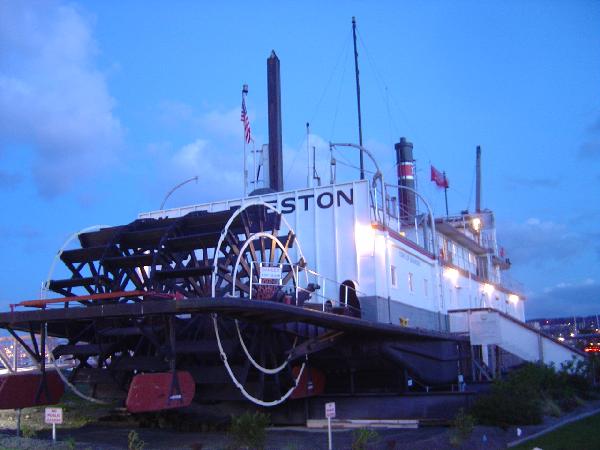 703 R Avenue, next to our Maritime Heritage Center 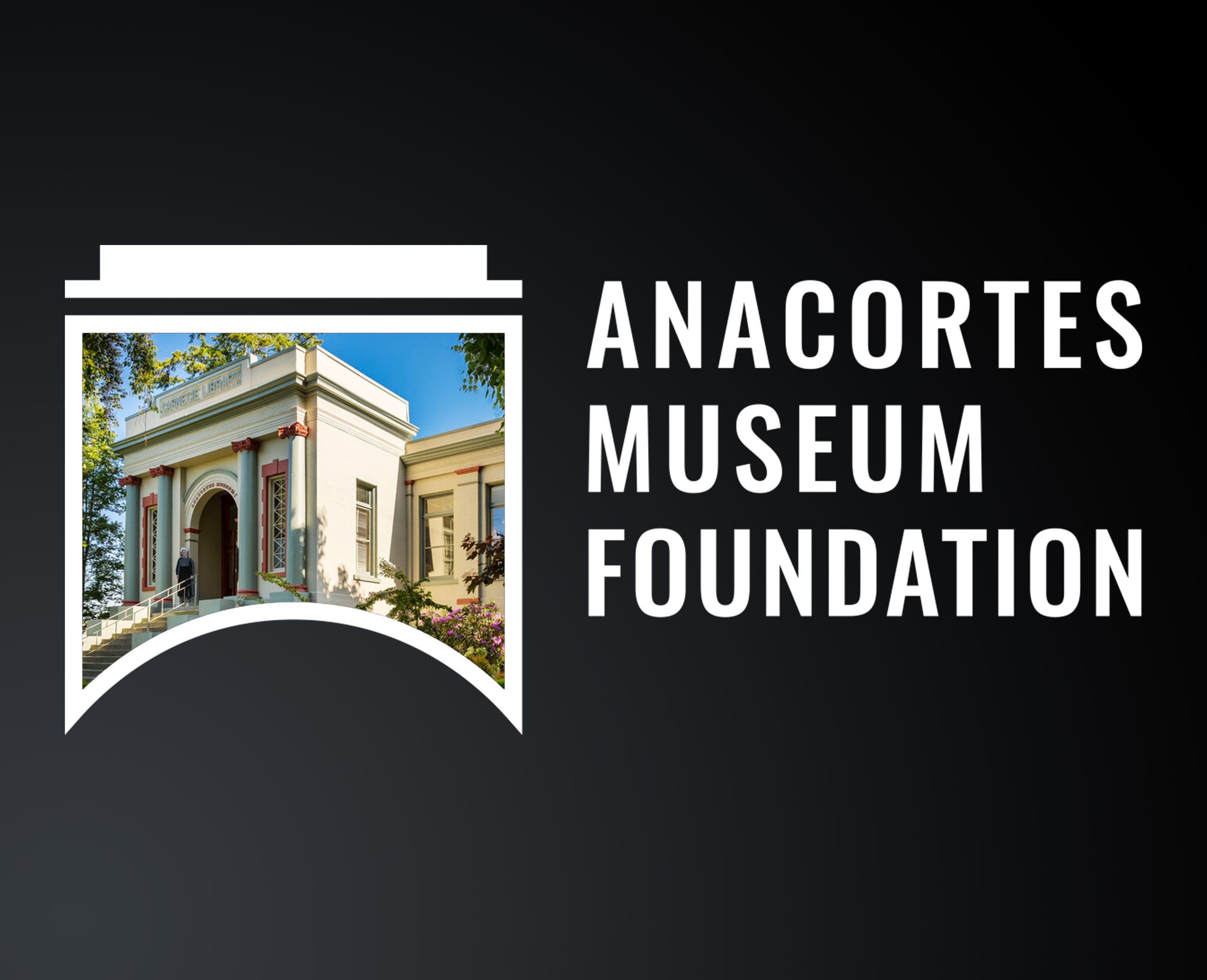 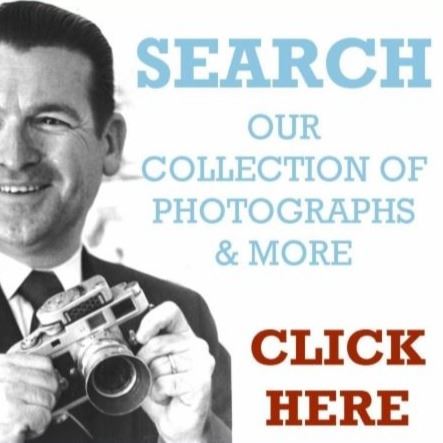