Another presentation related to the Anacortes Museum's exhibit on the Great Depression was offered on Wednesday, November 5, at 7 p.m. at the Anacortes Public Library. The CCC built many of the structures still in use today at Deception Pass State Park. Through original photos and stories, Deception Pass State Park Manager Jack Hartt discussed the people of the CCC and the history of the park’s construction starting in 1933. This event was further enhanced by the participation of John Tursi - a CCC veteran at the park who shared his stories of work and recreation with all in attendance. Even in you missed the event, you can learn about the role of the Civilian Conservation Corps locally and nationally by visiting the Anacortes Museum. 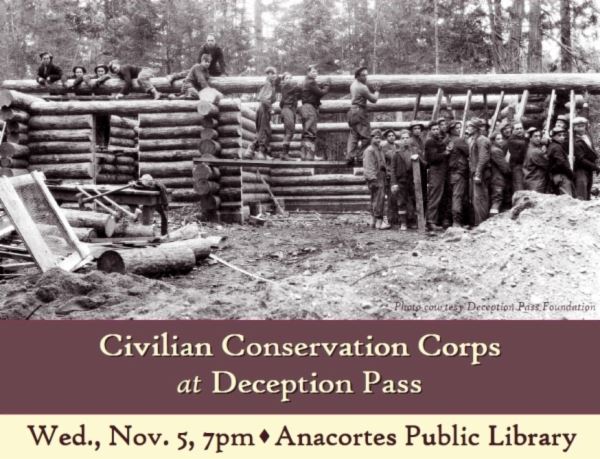 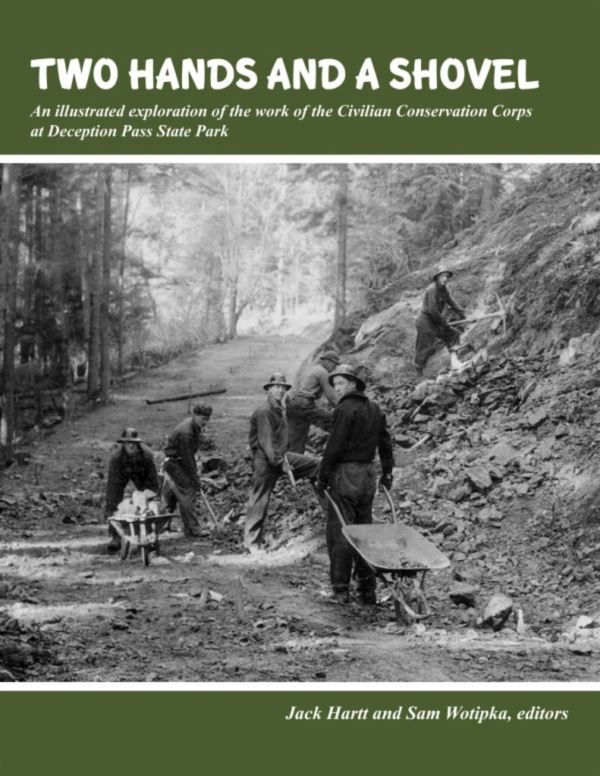 When the federal government transferred 1700 acres around Deception Pass to Washington State Parks in 1922, Deception Pass State Park was barely an idea. Lacking the funds and manpower to develop the site, citizens could only dream of the area’s enormous potential as a future park. The spark that finally made Deception Pass a reality came during the Great Depression in the form of federal legislation. To fight massive national unemployment, the Civilian Conservation Corps was created in 1933. The program put young men to work restoring and developing the nation’s natural resources and recreational lands. Deception Pass was home to two CCC camps. For nearly a decade members built trails, roads, picnic shelters, restrooms, bathhouses, and other features that remain visible and useful in the park to this day. Lacking modern machinery and financial resources, most of their work was completed using little more than basic tools and their own hands. Through photographs from public and private collections this book documents that work and honors the achievements of the men of the CCC in creating the developed landscapes of Deception Pass State Park.