History of the Plant

The Anacortes water system was purchased from the Washington Power, Light and Water Company on April 23, 1919, for the sum of $135,000 (the system had previously been owned by Douglas Almond’s Anacortes Water Company). The city constructed its first water treatment plant on Whistle Lake Road in 1925. It consisted of four filters. An additional two filters were added in 1927 to the Whistle Lake facility. 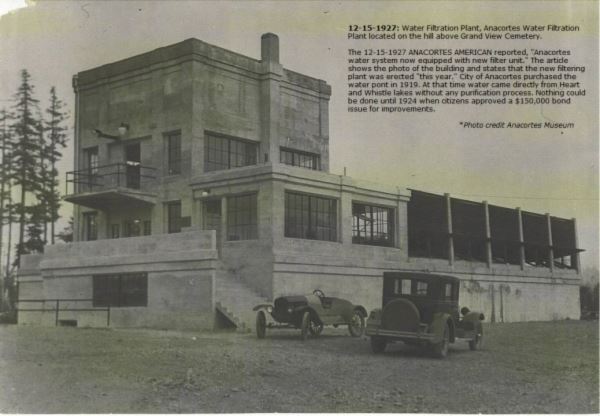 In 1943 the Naval Air Station Whidbey installed an additional 1,000 gallons per minute pump with a 150 high-pressure motor. This increased the Avon station to approximately 6 mgd.

In 1950 the city system added four more filters to the Whistle Lake plant, bringing the city’s capacity to 11 mgd.

To meet the added demand of the Tesoro and Shell oil refineries, the city built two Ranney Collector Wells (lateral pipes located under the Skagit River bed) placing them into service on July 15, 1955. The south well contained three 28,000 gpm pumps with 400 high-pressure motors, and the north had two 2,800 gpm pumps with 400 high-pressure motors. Problems with iron content later developed with these wells and by the fall of 1957 the city was constructing a plant to filter the water from the Ranney collector wells outside of Mount Vernon. At the time, it was believed to be the largest pressure filter plant in the world. On March 11, 1958, this new filter plant was put into service. 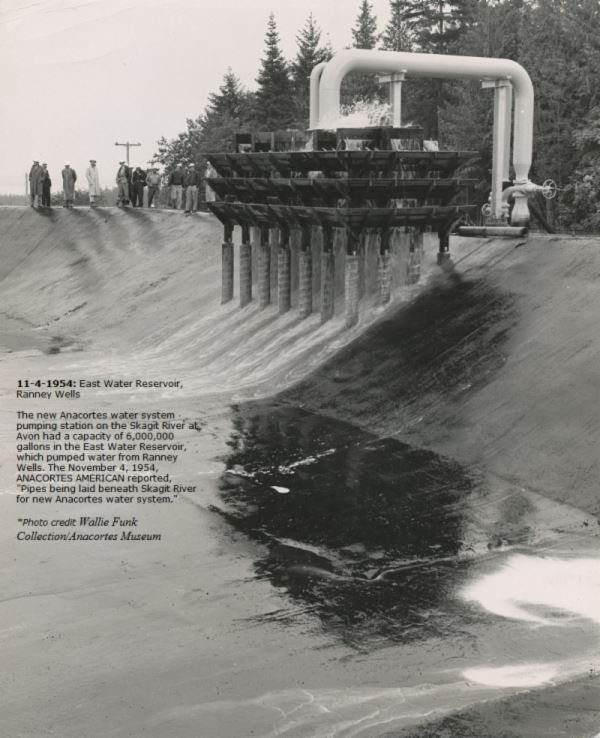 To meet continued growth, a new state of the filter plant was completed and on line officially in February of 1970. Due to age and condition of the Ranney wells and the Avon station, they were abandoned in 1973. The Whistle Lake plant was demolished sometime in 1977. 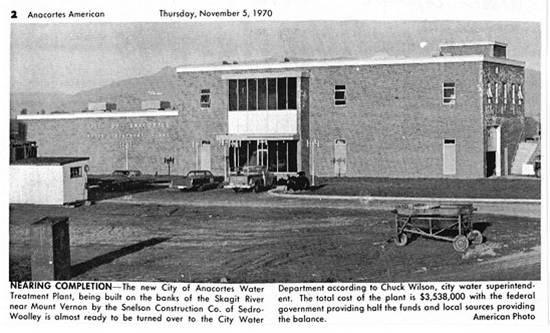 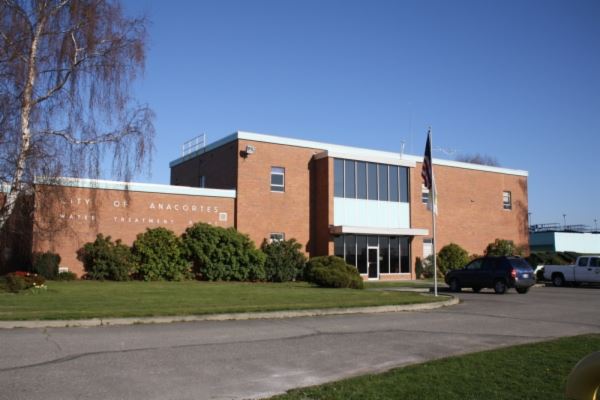 In 2013, the City essentially replaced the previous water plant with a new plant on the same site on the Skagit River. Construction included the installation of ballasted sedimentation for pretreatment, 8 new filters, a new above-ground clearwell, and a new high service pumping station. The capacity of the new plant is 42 mgd, expandable to 55 mgd. 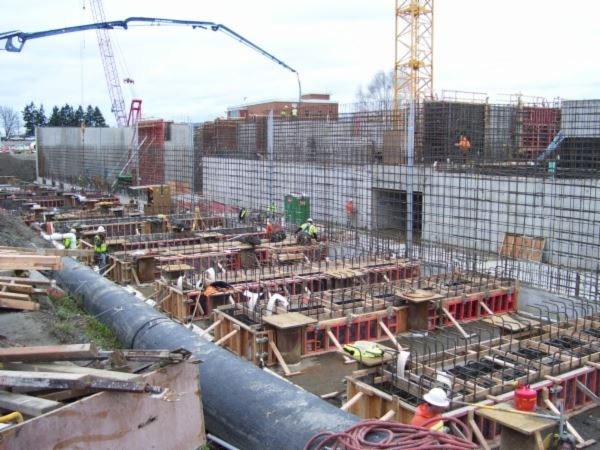 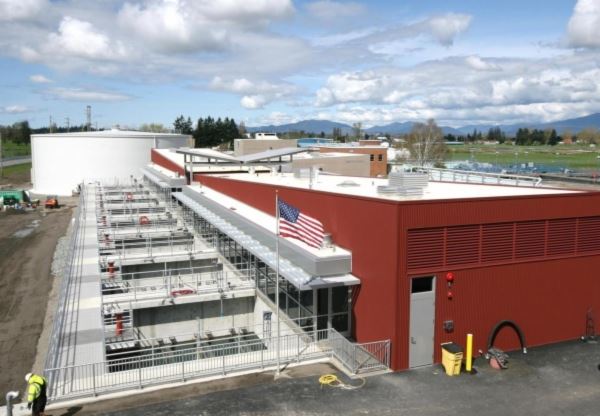 Today, the City of Anacortes owns and operates what has become a major regional water supply system, serving around 56,000 residential, commercial, and industrial customers.